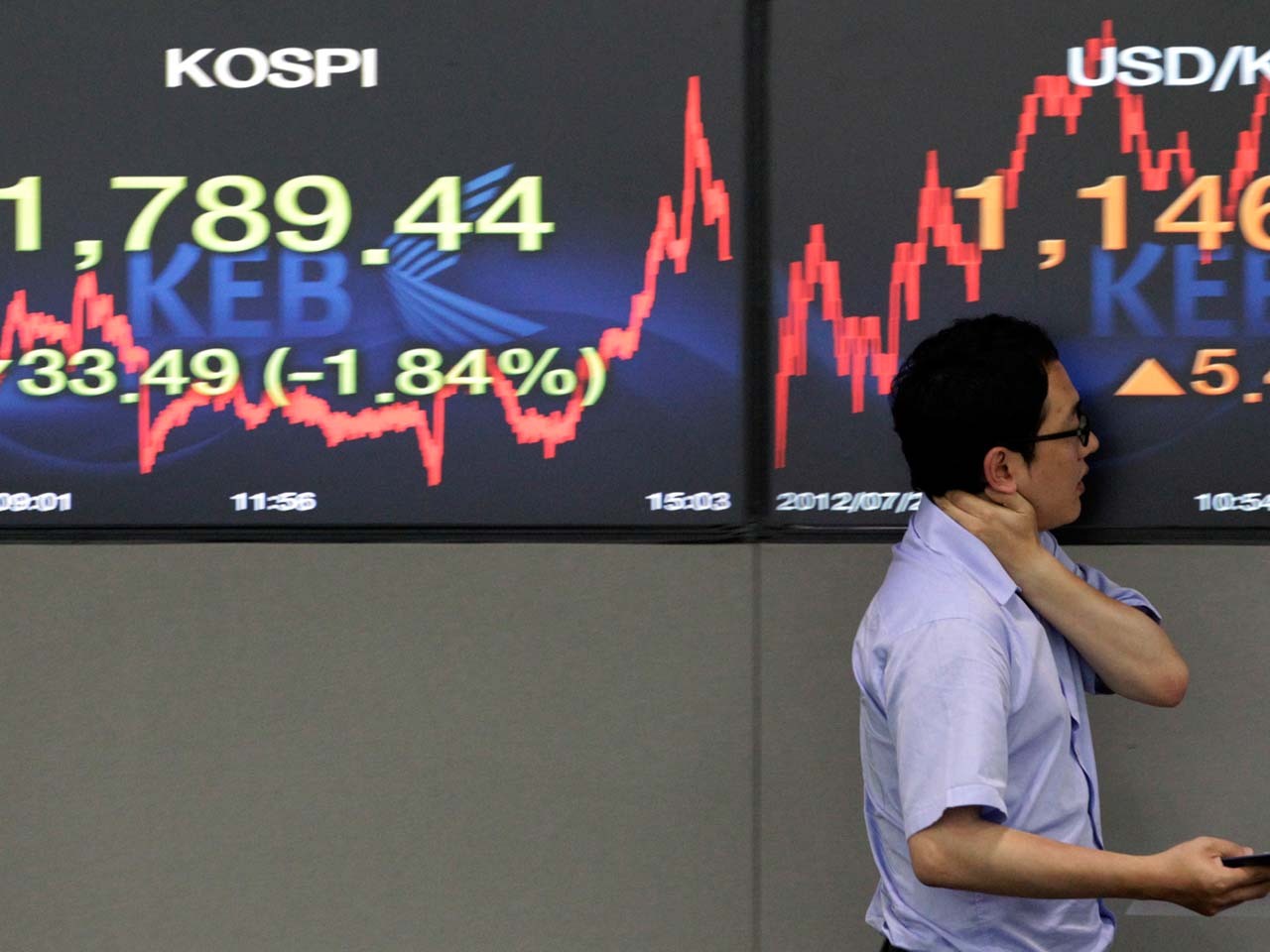 (AP) LONDON - Growing fears that Spain will need to be bailed out hit markets hard Monday, sending stocks around the world sharply lower and the euro down to a fresh two-year low against the dollar.

With the yield on Spain's benchmark 10-year bond well above 7 percent, investors appear to be resigned to the prospect of the euro area's fourth-largest economy needing a financial rescue like Greece, Ireland and Portugal.

Spain's 10-year borrowing rate rose 0.23 percentage points Monday to 7.45 percent - its highest level since the euro was established in 1999 and above the level that prompted the other three countries to seek an international rescue.

"Those levels indicate that Spain may soon struggle to fund itself in the market and therefore unless some positive action is taken the country will need a full bailout," said Gary Jenkins, managing director of Swordfish Research.

Coupled with worries that the financial firewall Europe has built up to deal with its debt crisis is insufficient and growing concerns of the financial health of regions within Spain, markets have started the week on a sour note.

The stock markets in Spain and Italy were faring worst of all with Madrid's IBEX down 4 percent and Milan's FTSE MIB 4.6 percent lower. Though Spain is at the forefront of concerns at the moment, investors are concerned that Italy will be back in the spotlight soon. Its 10-year yield was up 0.28 percentage points to 6.35 percent.

Wall Street was heading for a sharply lower opening too, with Dow futures and the broader S&P 500 futures down 1 percent.

"What participants will be looking for in order to reverse euro selling is a catalyst, and, so far, finding one that will be net positive could prove to be as well hidden as Spain's outlook looks fragile," said David White, a trader at Spreadex.

A forecast from a Chinese central bank adviser that China's economy could wane further in the third quarter also deepened concerns about the global slowdown. China's economic growth slowed to a three-year low of 7.6 percent in the second quarter.

Investors are awaiting quarterly financial results from industry bellwethers around the world - from tech giants Apple, Amazon and Facebook, to automakers and energy firms.

Oil prices took a hit, too, as investors fretted over Europe's debt woes and the global economy, with the benchmark New York rate down $2.52 a barrel at $89.31.