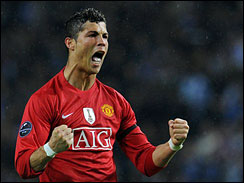 Hurtling upside down through space, Mark Shuttleworth sped back to Earth on Sunday, bringing to an end a $20 million journey that the South African space tourist said he would willingly repeat anytime.

"It was just the most wonderful experience ever," the 28-year-old Internet magnate said, a giant smile on his face, after emerging from the charred Russian capsule that carried him in a fiery blaze through the Earth's atmosphere.

The capsule landed in the barren Kazakh steppe right on schedule at 7:51 a.m. Moscow time after a more than three-hour descent that Shuttleworth called "a wild ride" which left him feeling "shaken and stirred."

Shuttleworth, Flight Commander Yuri Gidzenko and rookie Italian astronaut Roberto Vittori were gingerly lifted out of the craft, given a quick medical checkup and then whisked off for a series of homecoming celebrations that culminated in their arrival at Russia's Star City for a few days of "rehabilitation."

The trio spent eight days at the International Space Station, after lifting off April 25 from Russia's Baikonur cosmodrome in Kazakhstan, the same place where American businessman Dennis Tito started the tradition of space tourism last year.

After undocking from the space station, Shuttleworth and the crew began their roughly three-hour descent back to Earth, a journey that occasionally sped them upside down through space and often at nearly 20 times the speed of sound.

As the capsule plunged through the Earth's atmosphere, it momentarily became a ball of fire and Shuttleworth said he watched as "metal was melting outside the window" when unnecessary equipment such as a periscope were left to simply burn up in temperatures of 18,000 Fahrenheit — a sight he admitted was "a little disturbing."

One minute before hitting ground, a giant parachute deployed and then just seconds from Earth, another jet fired to cushion the landing. Unlike past Soyuz landings, this time the capsule didn't end up on its side, but Shuttleworth said later the touchdown was still a rough jolt that made him see stars in front of his eyes.

He was warned earlier to keep his head back, and resist the temptation to peer out the small window at the blue sky rushing away from him to keep from injuring himself. In the past, cosmonauts have walked away with broken teeth, he said.

Shuttleworth joked: "It is euphemistically called a soft landing."

Shuttleworth's father, Rick, who came to Kazakhstan to welcome his son home, described his relief at seeing the parachute deploy, and then after the landing when his son, still inside the capsule waiting his turn to be lifted out, smiled at him through the window and mouthed that all was OK. When asked what Shuttleworth's first words to his father were, Rick Shuttleworth said his son told him that the landing was "far shakier" than the takeoff.

Back in Moscow, Shuttleworth's mother, Patronelle, who spent the night at Mission Control, covered her face with her hands during the landing, peeked occasionally at giant monitor, and burst into tears after the successful touchdown was announced.

"Complete and absolute relief," she said over and over. "It's not your everyday family experience." She said she's been sleeping in snatches over the last week while her son was in space.

In addition to the throngs of medical and space experts and dozens of journalists waiting in the barren steppe to greet the crew, a few curious locals also arrived — one on horseback — to marvel at the capsule, still smelling of burning metal after its fiery descent.

Looking relaxed and alert, Shuttleworth said later that he was still a little unsteady on his feet after growing accustomed to floating around in zero gravity. He described the feeling as being like a newborn deer adjusting to unfamiliar legs, and said that he keeps expecting to be able "to just float" somewhere.

Vittori, who said as a first-time space traveler it was an "incredible experience," told journalists that "officially I say that I feel fine, but my head is still spinning."

Shuttleworth spent eight months with the rest of the crew training for the mission in Russia's Star City and one week at NASA's Johnson Space Center in Houston.

From the beginning, Shuttleworth said he was determined not to be viewed simply as a tourist. He participated in a series of experiments in space, keeping to a schedule that his family said was monitored down to the minute. Shuttleworth's father confessed that his son found the regimented lifestyle the most difficult part of the trip.

After spending a few days in Star City, Shuttleworth's family intends to take him on vacation to give him time to relax. Shuttleworth, though, admitted that he is eager to keep talking about the experience so he doesn't forget it. While Shuttleworth's other two crewmates strictly followed doctor's orders and took a nap on the return plane trip to Moscow, the South African briefly wandered around the plane, saying he just wanted to talk about his trip.

He called the journey "the best thing I've ever done."

Shuttleworth is also taking home two big souvenirs — the three-ton Soyuz capsule that brought the trio back to Earth and the bulky spacesuit that protected him during the fiery descent.

And when asked whether he would go up again, Shuttleworth gave a big smile and said without a moment's hesitation: "Anytime."