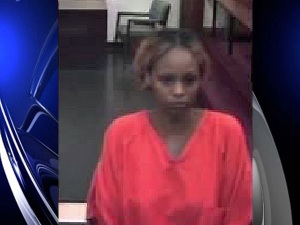 (CBS) MIAMI - Miami woman Tonya Burns is being held on $25,000 bond and house arrest for allegedly beating her daughter with a tire iron, CBS Miami reports.

Burns was charged with one count of child abuse after she hit her daughter outside of Miami Carol City Senior High School on Tuesday, the police arrest affidavit alleges.

According to the report, Burns told police, "My daughter didn't want to go to school. I pulled her out of the car then left. As I was turning around I saw her leaving the school so I pulled up, grabbed the stick and hit her to make her go back in the school. Security came and grabbed her then took her inside."

Her daughter will be staying with another family member as judges have ordered Burns not to have any contact with her. Her other children were taken into custody by the Department of Children and Families.