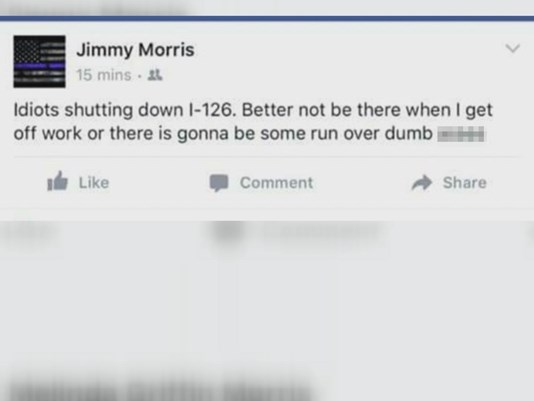 COLUMBIA, S.C. - A fire department captain in South Carolina's capital has been dismissed for posting on social media that he would run over protesters if they were still blocking traffic when his shift ended.

Protesters closed an intersection near the Statehouse and prompted the closing of a section of interstate late Sunday. They were among the dozens of protests nationwide against police violence that came after blacks were killed by police in Minnesota and Louisiana.

In one post, Morris said the "idiots" blocking traffic "better not be there when I get off work or there is gonna be some run over dumb a----."

Morris did not respond to several messages left at telephone numbers listed with his name.