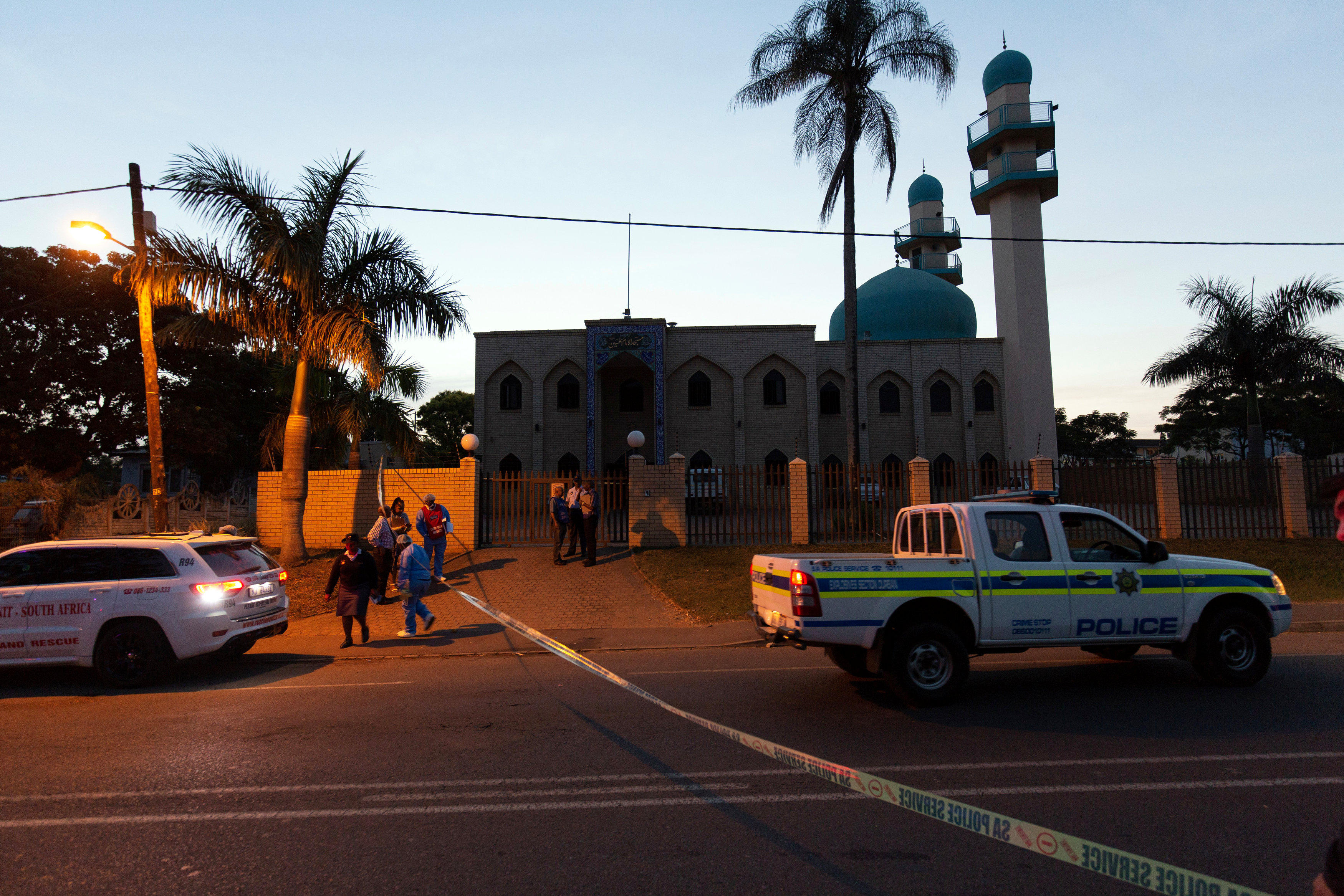 "The motive of the attack on the three men is unknown at this stage," Capt. Nqobile Gwala with police in KwaZulu-Natal province told The Associated Press in an email.

The other victims were in critical condition after the attack in the eastern town of Verulam, just north of the city of Durban, South Africa's state broadcaster SABC reported.

Images of the scene showed bloodied men receiving medical care on the ground outside the mosque.

The attack came shortly ahead of the Muslim fasting month of Ramadan, which begins around May 16.

South Africa has not been a target for militant attacks of the kind that occur in some other African countries.

It was too early to comment on the circumstances of the attack, said Nick Piper, a director at Signal Risk, an Africa-focused risk management firm. "Given the low baseline terrorism risk in South Africa, incidents of this nature are, on average and without further evidence, more likely to be linked to personal or communal grievances than acts of terror as we understand them," he told the AP in an email.