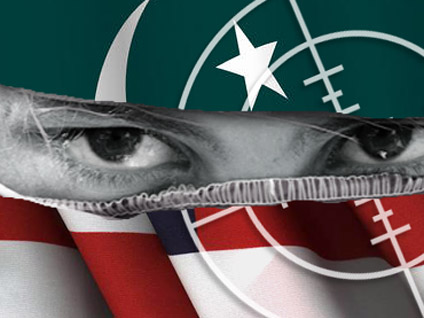 Reports of the killing of Fateh in the north Waziristan region along Pakistan's border with Afghanistan, were described as a "major victory" in the campaign against al Qaeda by one of the two officials who spoke to CBS News on condition of anonymity.

The second official who also spoke on condition of anonymity described the killing as "a significant event which tells us that al Qaeda's leaders must be feeling badly penetrated." The details of the events leading up to the killing were sketchy, though both officials Fateh was killed while he was in a vehicle being driven by someone else.

Senior western diplomats in Islamabad said they were still awaiting an independent confirmation of the news.

But they also said that if the report was true it would mark a significant victory for the U.S., which has sharply raised the number of drone attacks in Pakistan's region along the Afghan border - a territory known for hosting hideouts belonging to members of al Qaeda and the Taliban.

"We are still waiting for absolute confirmation. But if that confirmation comes, this event will be very significant" said one western diplomat who spoke to CBS News on the condition of anonymity.

Unlike top al Qaeda leaders such as Osama bin Laden and Ayman Al-Zawahiri, Fateh had not established a visible public profile for himself through periodic statements but preferred to remain in the shadows.

The western official who spoke to CBS said his lack of public exposure did not necessarily reduce his importance in the outfit.

"The most frequent public statements have come from bin Laden and Zawahiri. They are the best known public faces of Al-Qaeda" he said, but "other important people have preferred to walk a few steps behind the top two leaders."

Confirmation of Fateh's killing will likely increase the growing pressure from the U.S.-led western coalition whose troops are deployed to Afghanistan, and which seeks an intensification of Pakistan's military pressure on al Qaeda and Taliban militants.

The area, which straddles alongside Pakistan's border with Afghanistan, has become the center of attention for the U.S. and other western countries which suspect the region contains safe havens for militants.

A second western diplomat in Islamabad who spoke to CBS News on condition that he will not be named warned, "Every time there is a high profile killing in this region, the inevitable question which comes up is, why are there so many of these bad guys who are hiding in this particular area."