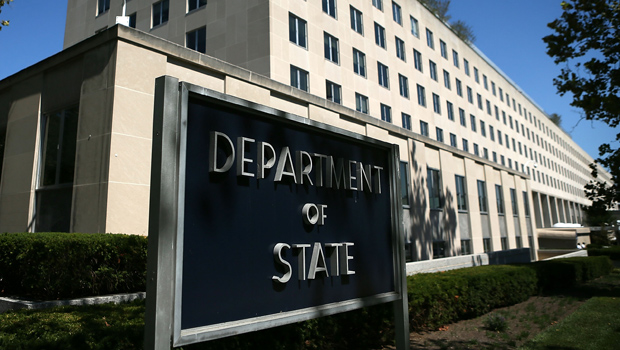 An al Qaeda plot is linked to an announcement by the State Department that it was closing several consulates and embassies around the world on Sunday due to a security threat, CBS News has learned.

CBS News correspondent David Martin reports that U.S. intelligence has picked up signs of an al Qaeda plot against American diplomatic posts in the Middle East and other Muslim countries. The intelligence does not mention a specific location, which is why all embassies that would normally be open on Sunday have been ordered to close. That includes embassies and consulates in the Middle East, North Africa, and South Asia, where Sunday is the start of the work week.

Martin further reported that officials say this appears to be a real plot in the making and not just the normal chatter among terrorists talking about attacks they'd like to carry out. But these same officials add they are missing key pieces of information.

As of 7:00 a.m. ET Friday, at least 17 embassies have announced that they will close on Sunday in accordance with the State Department's guidance, including the U.S. embassies in Bahrain, Egypt, Iraq, Israel, Jordan, Kuwait, Libya, Oman, Qatar, Saudi Arabia, United Arab Emirates, Yemen, Afghanistan, Bangladesh, Mauritania, Sudan and Djibouti. A statement on the website of the embassy in Kuwait explained, "The Department of State has instructed certain U.S. Embassies and Consulates to remain closed or to suspend operations on Sunday, August 4...Accordingly, the U.S. Embassy in Kuwait will be closed on Sunday, August 4."

In the meantime, the statement continued, "All U.S. citizen services appointments and visa appointments have been cancelled and have been rescheduled on an individual basis."

Earlier, Marie Harf, the deputy spokeswoman for the State Department, told reporters that the step was taken as a "precautionary" measure. She did not provide further specifics on the nature of the threat or which embassies would be forced to shutter for the day.

"The Department of State has instructed certain U.S. embassies and consulates to remain closed or to suspend operations on Sunday, August 4th," she said, explaining that the decision was made "out of an abundance of caution."

She said that is is "possible" some facilities would remain closed for more than a day, depending on the results of a security analysis.

A senior State Department official told CBS News: "For those who asked about which embassies and consulates we have instructed to suspend operations on August 4th, the answer is that we have instructed all U.S. Embassies and Consulates that would have normally been open on Sunday to suspend operations, specifically on August 4th. It is possible we may have additional days of closing as well." The official added: "The Department, when conditions warrant, takes steps like this to balance our continued operations with security and safety."

Harf declined to say from which region of the world the threat had emanated, saying only that "security considerations have led us to take this precautionary step, as we do from time to time."

The security of American embassies and other diplomatic facilities has recently emerged as a political flashpoint in the wake of the September 11, 2012 attack on a U.S. facility in Benghazi, Libya, that claimed the lives of four Americans, including then-ambassador to Libya Chris Stevens.

In the wake of that attack, Republicans accused the State Department of providing insufficient security for diplomatic personnel in Libya.