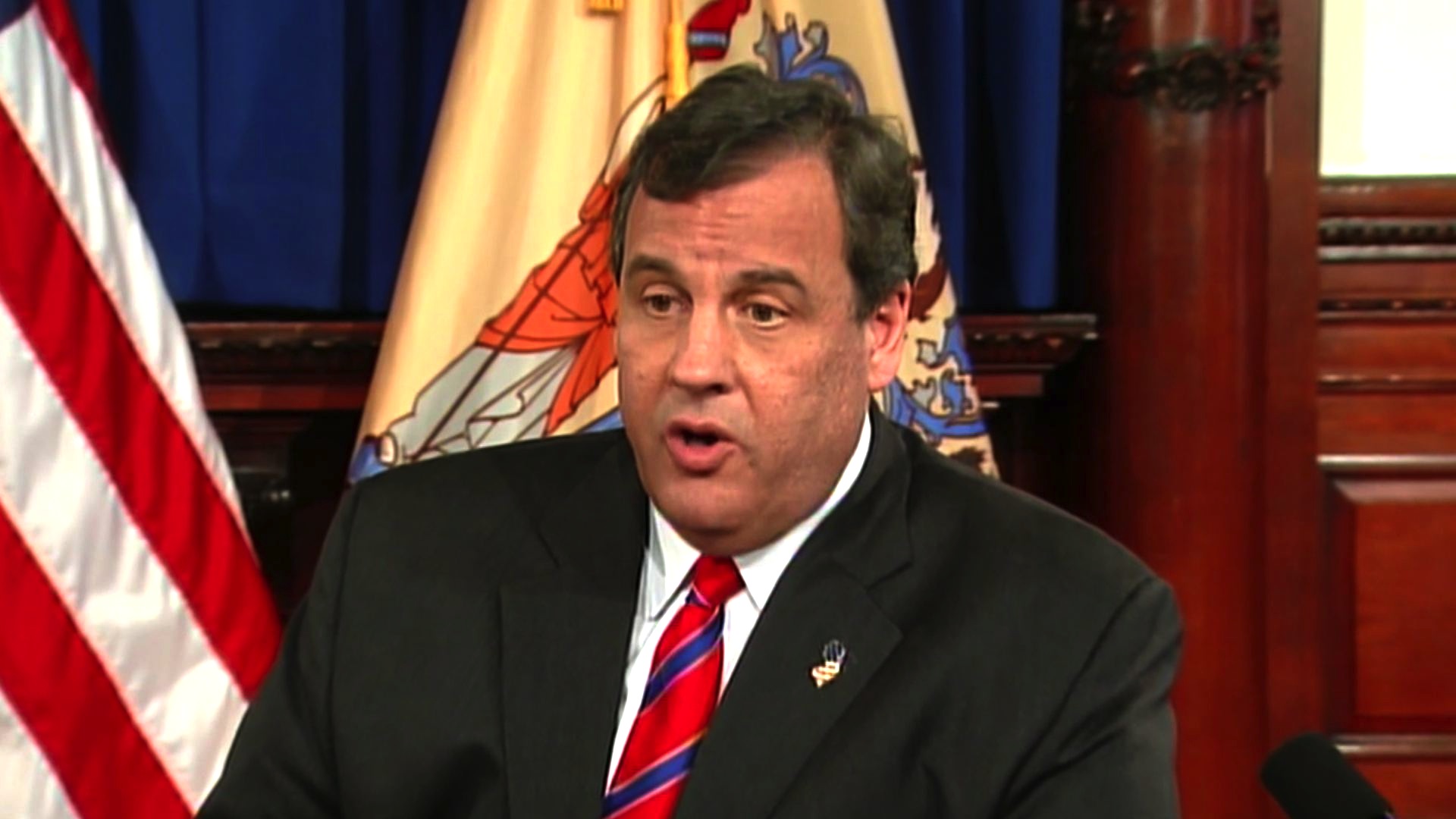 With Thursday's release of a report from his lawyer clearing him of any direct involvement in the George Washington Bridge scandal, Gov. Chris Christie, R-N.J., hoped to neutralize a controversy that has dogged his administration for months and threatened his national ambitions.

On Friday, that hope was put to the test.

In Trenton, during his first news conference since January, the governor parried aggressive questions about the report, his knowledge of the scandal, and whether it will affect his decision on a presidential bid in 2016.

The governor described the report as "exhaustive" and said he instructed his attorneys to "find the truth no matter where it led." He committed to "fully embracing" the reforms pertaining to his office contained in the report.

"The fact of the matter is I had nothing to do with this," he said. "This report has supported exactly what I said."

He said the report demonstrated the need for new leadership at the Port Authority, noting that the agency's director David Samson on Friday "tendered his resignation to me, effective immediately."

Asked what lessons he was taking from the report, Christie said it had prompted a lot of "soul-searching" on his part.

He also said the saga would play no role as he weighs whether to run for the presidency in next cycle, saying voters, "if they consider this issue at all," would see it as a "very small element" of his record in public life.

In January, it was revealed that several people closely connected to Christie conspired to shut down lanes leading to the heavily-trafficked George Washington Bridge in an apparent act of political payback against a local mayor who'd declined to endorse Christie's reelection bid. Christie said he was not aware of the lane closures as they were occurring, nor was he aware of the political motivation behind them. He sacked a consultant and a deputy chief of staff who were involved in the decision, and his appointee at the Port Authority -- the man who actually ordered the lane closures -- stepped down before the scandal broke.

The report and the news conference were only two parts of a multi-pronged media strategy designed to bring Christie out of a defensive crouch and regain some of the currency he lost since the scandal broke.

In an interview that aired Thursday with ABC News' Diane Sawyer, Christie said he'd considered how he might have contributed to such "inexplicably stupid" behavior on the part of his staff.

"This is not something that I think I inspired, and to the extent that any of them thought that this was acceptable conduct, then I fell short," Christie said, denying that he'd cultivated a climate in his administration that would invite the kind of punitive, transactional politics on display in the scandal.

He also pushed back against questions about the report's impartiality, saying the lawyers conducting the probe didn't pull any punches.

"These people have their own professional and personal reputations," he said. "Six of them were former federal prosecutors. They're not going to whitewash anything for me and put their reputations at stake."

But even with the internal review commissioned by Christie now concluded, the two ongoing investigations into the incident -- one by New Jersey state lawmakers, another by federal investigators -- promise more headaches and more headlines before Christie is able to put the scandal behind himself.

"It does not include information from [former Christie deputy chief of staff Bridget] Kelly," Wisniewski said, according to the Newark Star-Ledger. "It can't be a complete investigation."

Even the report intended to exonerate Christie contained a detail that raised fresh questions about whether the governor knew about the lane closures in real time -- a claim he's steadfastly denied to date.

David Wildstein, the governor's former appointee at the Port Authority, told Christie's lawyers that he told the governor about the lane closures as they were ongoing during a Sept. 11 memorial ceremony last year.

According to the report, Christie said he didn't recall Wildstein's disclosure.

"Whatever brief exchange they had occurred in a public setting where they were surrounded by many, including other Port Authority officials, the governor's wife, and a steady stream of spectators requesting photographs and handshakes with the governor," the report said, according to the New York Times. "Not surprisingly, the governor has no recollection of such an exchange."

And the lawyer who led the investigation, Randy Mastro, told reporters on Thursday that it's not surprising Christie wouldn't remember the alleged conversation with Wildstein.

"There are traffic problems all the time with the bridges and tunnels, so that would not be a significant event, a memorable event," he said.