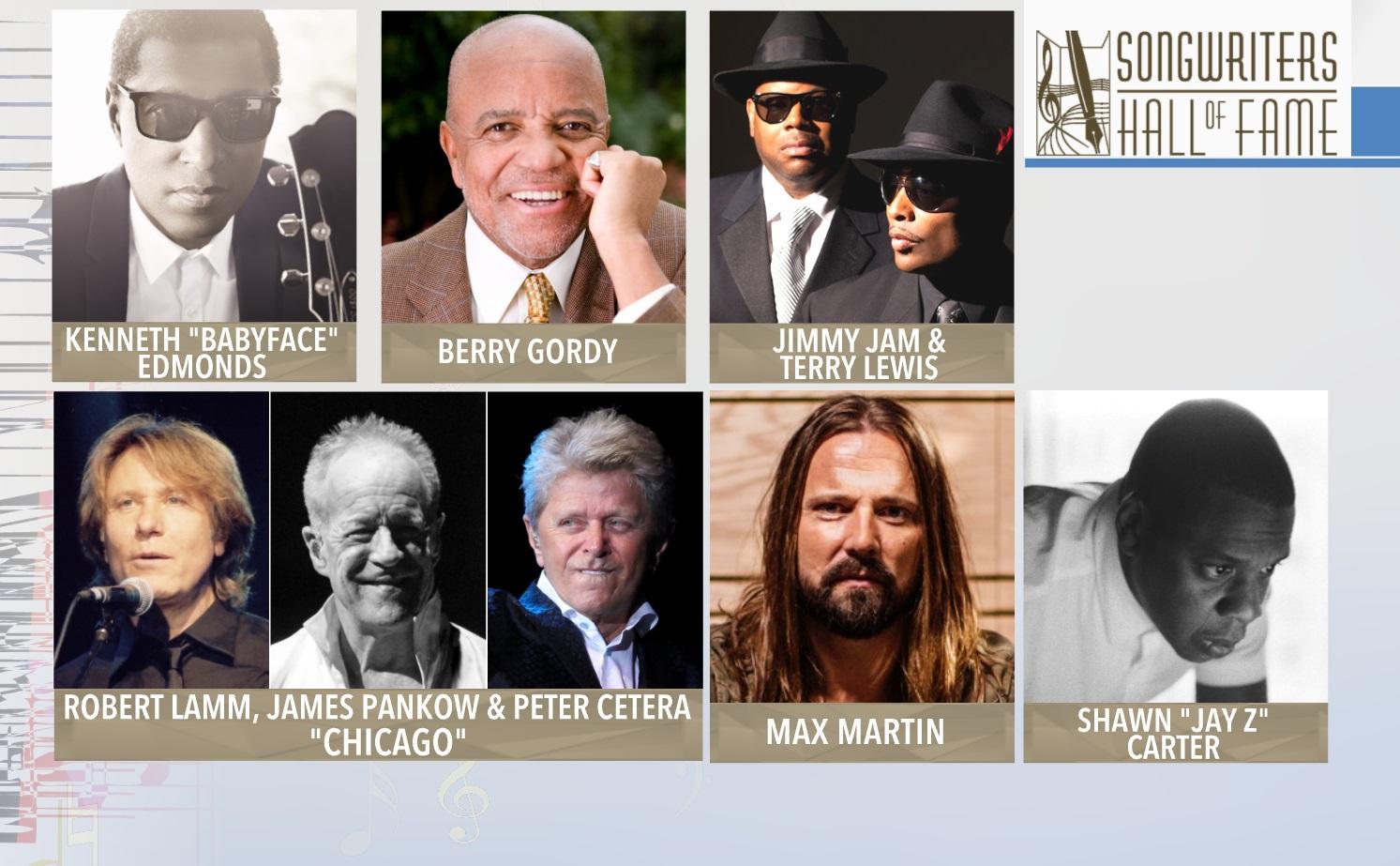 Recognized for his remarkable wordplay, Jay Z becomes the first rapper to receive one of music’s highest honors. He holds the record for the solo artist with the most No.1 albums on the Billboard chart with 13.

Sweden’s Max Martin may be the most successful songwriter of this century. He scored his first big hits with Britney Spears in “Baby One More Time” and Backstreet Boys’ “I Want it That Way.” He went on to co-write Katy Perry’s first No. 1 single, “I Kissed a Girl,” and Taylor Swift’s “We Are Never Ever Getting Back Together.”

In all, Martin has written or co-written 22 No.1 hits. Only Sir Paul McCartney and John Lennon have more.

With hits like “When Can I See You,” Kenneth “Babyface” Edmonds has had a thriving solo career. But he’s also helped put other artists on the charts, writing “Breathe Again” for Toni Braxton and “I’ll Make Love to You” for Boyz II Men, which spent 14 weeks at No.1 in 1994.

The supergroup Chicago will be represented in the hall by its principal songwriters and members, Robert Lamm, James Pankow and Peter Cetera. Over three decades, Chicago charted 33 top 40 hits.

The Minneapolis songwriting duo Jimmy Jam and Terry Lewis first teamed up as original members of the band, the Time. They became acclaimed producers, most notably with Janet Jackson. They co-wrote her first No.1 hit, “When I Think of You,” and would co-write eight more No.1 songs for her.

Berry Gordy launched the legendary Motown label, but he’s also a songwriter, who had hits with Jackie Wilson, Smokey Robinson and four No.1 songs that he co-wrote for a young group he signed in 1969 – The Jackson 5.