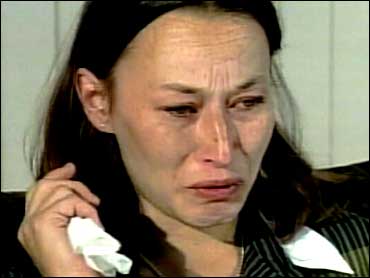 A Denver-area woman has filed suit against her phone company, blaming it for the death of her baby.

Last year, says Rick Sallinger of Denver TV station KCNC, she called 911 for an ambulance when her child was having trouble breathing. But, as Sallinger reported on The Early Show, the wrong address came up in the system.

The call about five-month-old Christopher Vasquez was placed from a home in the suburb of Westminster, Colo. But it was answered by a dispatcher in Douglas County, more than 50 miles away.

The address on the system showed the call coming from a business in that county. The same thing happened once before.

"Are you actually calling from your home?" the Douglas County dispatcher asked Krista Staats, Christopher's mother.

"Yeah," she answered. "They were supposed to fix that, and they never did."

The Douglas County dispatcher then transferred her call to Westminster.

But then, another problem: It turned out her home was in a different dispatch area, Adams County.

As time ticked away, Christopher's condition was getting worse. He wasn't breathing.

A fire station was located just around the corner from Christopher's home, but by the time he got to the hospital, he was dead.

Staats has filed a lawsuit against her phone service provider, Comcast, the 911 database provider Intrado, and AT&T.

"I (want to) make sure no other mom or dad has to bury their child because of a bad telephone company," she says.

Comcast issued a statement saying, when it learns of a problem in the 911 district, it aggressively tries to solve it.

If what happened in Christopher's case was an isolated incident, that would be bad enough. But the problem of wrong addresses coming up on 911 systems appears to be far more common than that.

In the Denver area alone, hundreds of incorrect addresses were reported in each of the past several years. They can appear for a variety of reasons.

"It's very important that you do call your 911 system and your telephone company to make sure" it has your correct address data, Staats says.

She urges people to make such an address check before 911 is needed, because at that point, it might be too late.

'The Rules For Online Dating'

Favoring One Child Over Another
View CBS News In
CBS News App Open
Chrome Safari Continue
Be the first to know
Get browser notifications for breaking news, live events, and exclusive reporting.