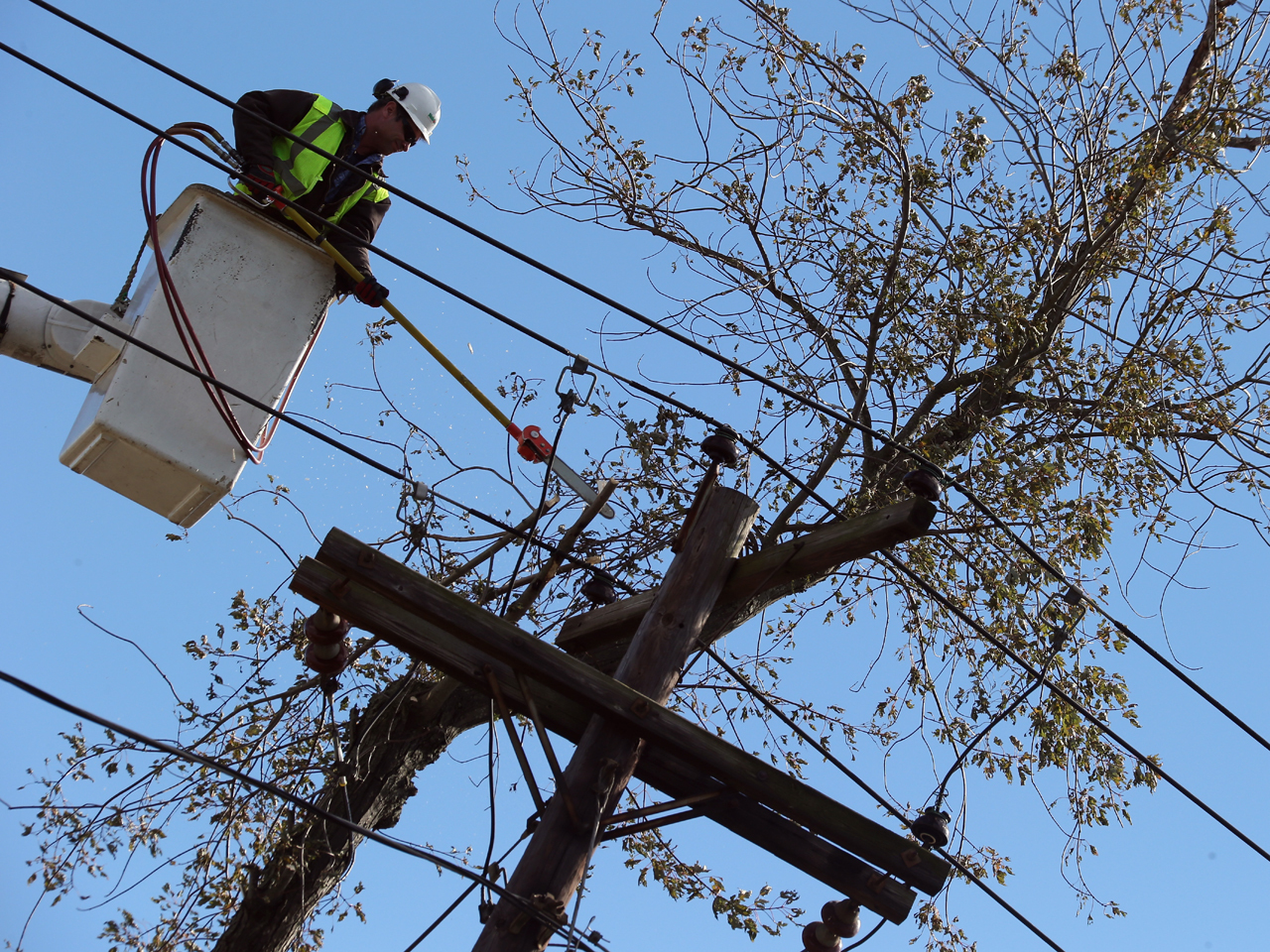 NEW YORK The Long Island Power Authority has removed some areas of Long Island and the Rockaway Peninsula in Queens from its map of power outages caused by superstorm Sandy, saying homes there are too damaged to receive electric service, CBS Station WCBS reports.

The Rockaways sustained severe damage and flooding from the storm. One neighborhood, Breezy Point, was also struck by a fire that destroyed 111 homes.

Yet on LIPA's website the number of customers in Rockaway affected by power outages is listed as zero. There are about 193,000 customers in Nassau and Suffolk Counties still without power.

"Impacted customers in the areas of the Rockaway Peninsula, Long Beach, Atlantic Beach, and Fire Island are no longer reflected on the outage map or in the total number of outages shown," LIPA said on its website. "Many homes and businesses in these areas are currently unable to accept electric service due to severe damage caused by the recent storm.

"These communities remain a top restoration priority for LIPA and we continue to work aggressively to restore service safely and quickly." The utility said it was working with local authorities to provide power to street and traffic lights, and to identify homes and businesses that could safely receive electric service.

Yet the utility says it is on track to restore power to 90 percent of its customers by Wednesday.

New York Gov. Andrew Cuomo slammed the state's utility companies Monday for what he called their poor performance in restoring power and their failure to communicate with consumers.

At a late afternoon news conference Cuomo said that power had been restored to all but 480,000 New Yorkers, down from 2.1 million affected by the storm. But he added that, a week after the deadly storm made landfall, such slow progress was "unacceptable," and that utilities will be "held accountable for their lack of performance," CBS Station WCBS reports.

Con Edison has restored power to almost all Manhattan customers who were without power by Friday evening. But Cuomo said that there is more to Con Ed's service area than just Manhattan, and accused the utility of blowing other areas off.

When asked what kind of recourse he had against the power companies, Cuomo reminded a reporter that they are regulated by a government authority, the Public Service Commission.

Cuomo said he wants to give the utilities a chance to "make their side of the case," but added he believes the service was "inadequate."

"The state's remedies go from sanctions to revocation of franchise," he said.

Cuomo said part of Con Ed's responsibility as a monopoly is to respond to crises and remain communicative with the public. The utility, Cuomo said, failed in that mission.

"If your plan was, 'Well, they contact me on the web' - if your power is out in your apartment, how are they going to contact you on the web? That's the plan?" he said.

UPDATE: On Tuesday afternoon the LIPA outage map for the Rockaway peninsula was temporarily changed, from 0 to 500. A press release also said that the utility is prioritizing work on the Peninsula, and that the number of LIPA personnel working to restore power in the Rockways will increase "as feasible." As of 5:45 p.m., the number was back to 0.