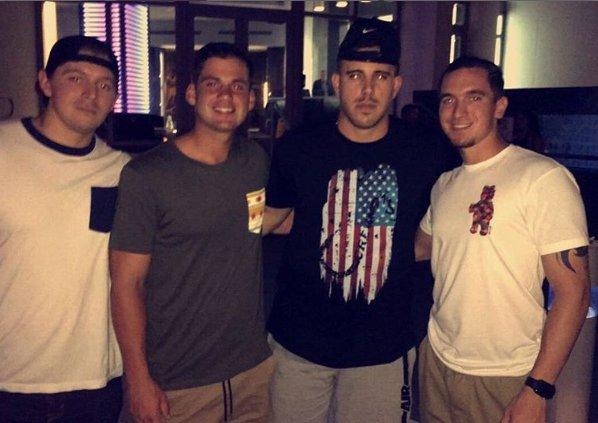 MIAMI — As the baseball world continues to mourn the loss of Miami Marlins ace pitcher Jose Fernandez, CBS Miami has confirmed Fernandez was at a popular Miami waterfront party spot before the deadly boat crash.

In a statement released to CBS Miami, American Social Bar and Kitchen management wrote: “Jose Fernandez was a guest at American Social. We would like to extend our sincerest condolences, thoughts and prayers to the families and friends who share in the loss of the three victims involved in this tragic boating accident and to the Miami Marlins organization.”

A man snapped a picture of Fernandez outside the restaurant. He took it at around 2:20 that morning. It might be the last picture taken of Fernandez.

Investigators do not believe alcohol or drugs played a role in the crash, but toxicology tests were performed as part of the autopsies, which are now complete. Results, however, have not been released.

The 24-year-old Marlins ace and two other men, Emilio Macias, 27, and Eddy Rivero, 25, crashed along a jetty near Government Cut and flipped the boat, a 32-foot SeaVee, named the Kaught Looking, which was owned by Fernandez.

A Coast Guard Cutter found the boat around 3:30 a.m. Sunday. Miami-Dade police divers found two bodies under the boat, submerged in water washing over the jetty. A third body was found on the ocean floor nearby by about 4:15 or 4:30 a.m., according to Fire Rescue Capt. Leonel Reyes.

By daylight, the devastating scene was surreal as the boat lay overturned and crumbled along the rocks.

It was a high-speed impact into the boulders, authorities said, that killed all three men, none of whom were wearing their life jackets.

Monday afternoon, there was a steady stream of family, friends and advisors arriving at Jose Fernandez’s mother’s home in West Miami-Dade to do what they could to ease the pain of losing the 24-year-old superstar.

One of those visitors was high-powered sports agent Scott Boras, who guided Jose’s career with the Marlins.

It was a hard moment for Boras as he said sobbing, “A great kid, gifted, his mother, his grandmother, nice young man.”

Boras brought flowers and a black satchel likely filled with documents that are important to the family and their future without Jose.

“I think we are going to have something possibly on Thursday for the public. We are working with the Marlins for Jose’s fans,” Boras said.

As family mourns, investigators are trying to reconstruct the last hours before the fatal crash.

Other than confirming Jose Fernandez was at American Social Bar and Grill on the Miami River, when and how he departed is still not known.