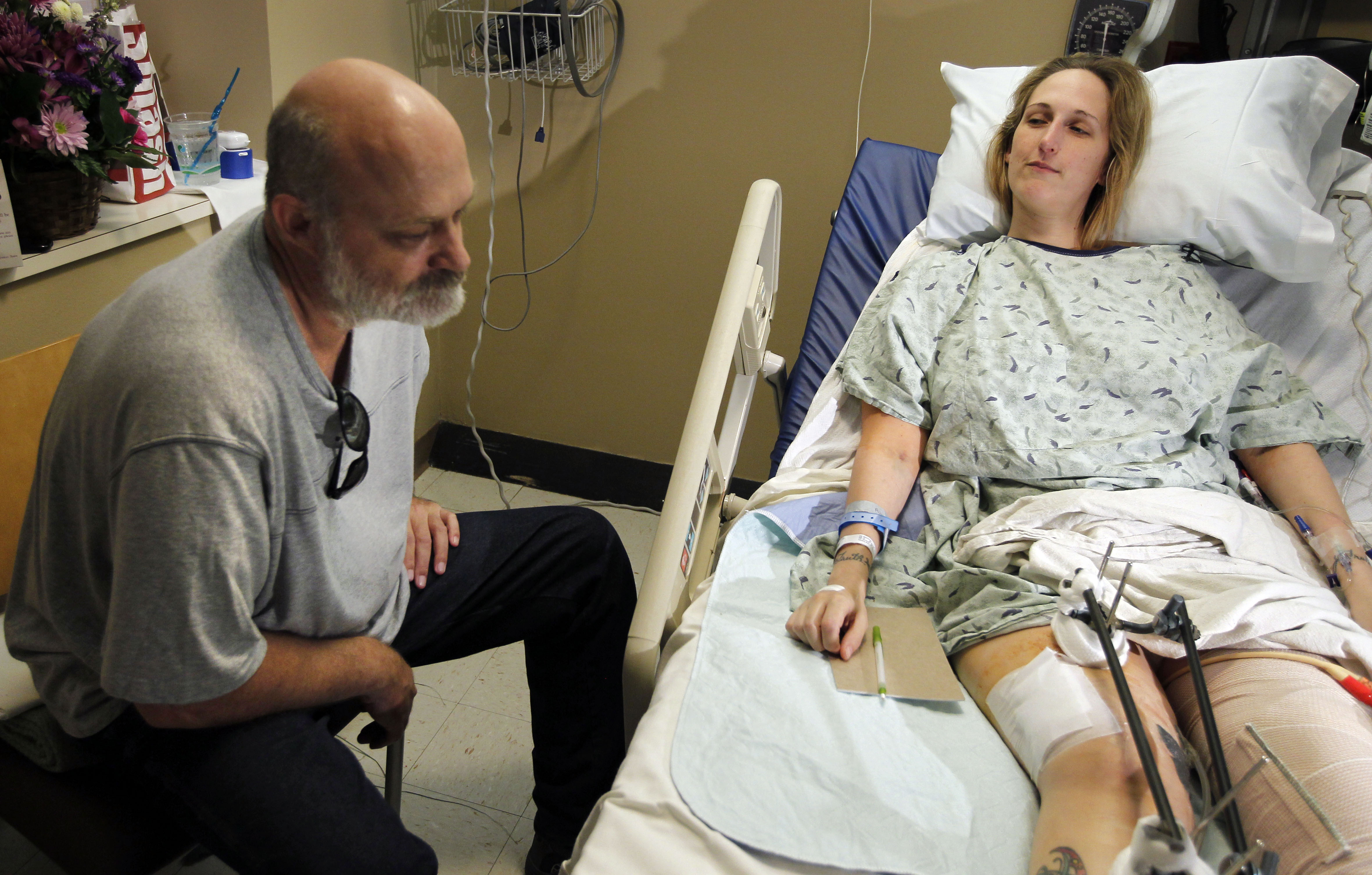 (AP) DENVER - Some of the victims fighting for their lives after being wounded in the movie-theater shooting rampage may face another challenge when they get out of the hospital: enormous medical bills without the benefit of health insurance.

Members of the public, along with Warner Bros., the studio that released the Batman movie "The Dark Knight Rises," have contributed nearly $2 million to help victims, though it's not clear how much of that will cover medical expenses. One family is raising money on its own online.

And three of the five hospitals treating victims said Wednesday they will limit or completely wipe out medical bills.

Some of the victims, however, still face a long recovery ahead and the associated medical costs — without health insurance. There's no exact count of how many of them don't have insurance but statistics suggest many of them might not be covered.

Nearly one in three Coloradans, or about 1.5 million, either have no health insurance or have coverage that is inadequate, according to a 2011 report by The Colorado Trust, a health care advocacy group.

The highest uninsured rate was among adults between 18 and 34 and many of those injured in the shootings are in that age group.

State officials said they are not sure whether any of the victims qualify for emergency Medicaid assistance available to needy patients. Victims could also get financial assistance from a state program that helps people hurt during crimes, including lost wages and counseling.

Among the uninsured victims of the movie-theater attack is a 23-year-old aspiring comic, Caleb Medley, who is in critical condition with a head wound and whose wife, Katie, gave birth to their first child, Hugo, on Tuesday. (Click on the player at left for a full report)

His family and friends said they have set a goal of raising $500,000 to cover his hospital bills and other expenses and were over halfway there on Wednesday.

"All the money that is donated is going straight to Caleb, Katie and Hugo to help them with medical bills, getting back on their feet, help with the baby items," friend Michael West said. "Anything and everything that they need."

Children's Hospital Colorado announced it would use donations and its charity care fund to cover the medical expenses of the uninsured. For those who do have insurance, the hospital says it will waive all co-pays.

"We are committed to supporting these families as they heal," according to a statement from the hospital, which treated six shooting victims.

HealthOne, which owns the Medical Center of Aurora and Swedish Medical Center, also says it will limit or eliminate charges based on the individual circumstances of the patients. Those hospitals have treated 22 shooting victims. However, the company cautioned its policy may not apply to all doctors working in its hospitals.

The other two hospitals, Denver Health Medical Center and University of Colorado Hospital, where Medley is, wouldn't directly say whether they would assist shooting victims. However, they are the state's top two safety net hospitals and provided combined $750 million in free care in 2011.

Hospitals are required by federal law to stabilize patients during emergencies without regard to their ability to pay.

"The issue most probably facing the hospitals and patients in a situation like Aurora is what comes after stabilization," said Dr. Howard Brody, director of the Institute for the Medical Humanities at the University of Texas Medical Branch in Galveston and a frequent critic of excessive medical costs.

"Many of these people I assume will need prolonged and expensive rehabilitation after their immediate injuries are dealt with, and that seems precisely what hospitals today are less and less willing to cover out of their own funds, and no law requires that they do so, as far as I am aware," he said.

Medley is in a medically induced coma, but West said he has been showing signs of improvement, relying less on a ventilator to breathe. Medley's wife, 21-year-old Katie Medley, gave birth on Tuesday, one floor above his room at University of Colorado Hospital.

Standup comedian Gabriel Iglesias, who has appeared on Comedy Central, planned to headline a Denver fundraiser for Medley next week.

The fundraising might actually make Medley ineligible for some income-related assistance. His family and all other victims are already meeting with victim advocates, the case workers who deal with people hurt during crimes. The advocates determine what services they need and what assistance they qualify for.

"We have individuals who will need a lifetime of care, or a lifetime of accommodation, and our job is to make sure those needs are met," said Karla Maraccini, deputy director for community partnerships in the office of Gov. John Hickenlooper.