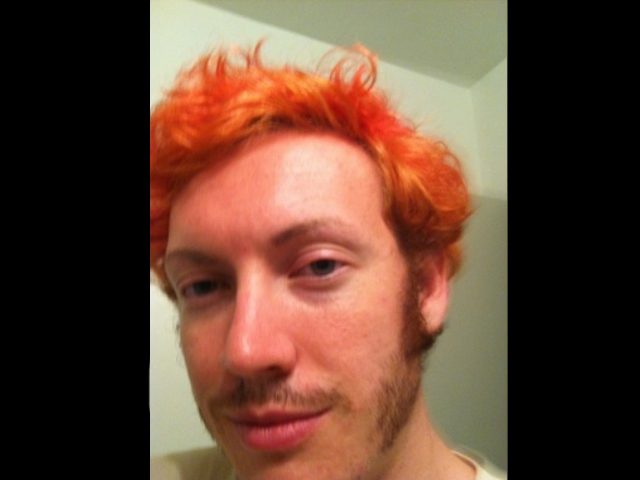 He's accused of killing 12 people and wounding dozens Friday during a midnight screening on the opening night of "The Dark Knight Rises," in the Denver suburb of Aurora, Colo. It was one of the worst mass shootings in U.S. history.

Holmes didn't leave much of a footprint online: no Facebook or Twitter accounts. No manifesto or warnings of what was coming.

Colo. massacre would have been worse: Reports
Complete coverage: Massacre in Aurora

According to PE.com/The Press Enterprise, a resume on Monster.com suggests high intellectual function. It says he was a Phi Beta Kappa neuroscience major at the University of California - Riverside, as well as a camp counselor providing "a positive role model" for kids.

But another online posting paints a much different picture. On the "AdultFriendFinder" site, a few weeks before the massacre, Holmes wrote he was "looking for a casual sex gal" and asking, "Will you visit me in prison?"

Aurora Police Chief Dan Oates spoke with CBS News senior correspondent John Miller and "Face the Nation" host Bob Schieffer on the CBS News broadcast Sunday. Monday on "CBS This Morning," Miller told Charlie Rose and Norah O'Donnell that Oates "said there was a relationship that ended that could have been a factor there (with Holmes)."

"He didn't say what kind of relationship. ... What we've been told is investigators understand that there is a girlfriend," Miller said. "This is somebody they've either talked to or need to talk to. But they still haven't assessed whether that was a factor or how much."

To see the entire Miller interview, click on the video at left.

Miller added that investigators have confirmed that it was Holmes who put the AdultFriendFinder posting on that site.

At the Lutheran church in San Diego where Holmes' family worships, congregation members wrote prayers Sunday for both the Holmes family and the shooting victims.

Pastor Jerry Borgie, who's known Holmes for 10 years, said, "It's just so absurd, so out of character from my understanding of this young man and the way he lived his life -- he had some goals."

The 24-year old seemed to have few connections with people.

Yesenia Lujan lives in the apartment building next to where Holmes spent the last 14 months.

"We see everybody's faces,' she says. "(But I) never once saw his face, and I've lived here about 8 months now."

To see Jim Axelrod's report, click on the video in the player above.