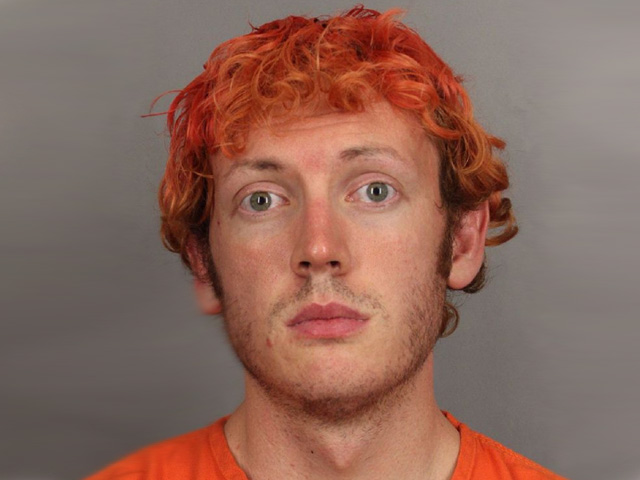 (CBS/AP) More anecdotal evidence emerged Wednesday calling into question the academic prowess of the man accused of shooting midnight moviegoers in a deadly rampage at a Denver-area theater, with a former researcher who James Holmes listed as his mentor calling him a "mediocre" student.

That reputation adds to a still-incomplete portrait of Holmes, the 24-year-old grad-school dropout being held in isolation while awaiting charges stemming from Friday's shooting that left 12 people dead and 58 others injured in Aurora, Colo.

As investigators start to examine Holmes' computer, authorities are still uncertain about the possible motive behind the shooting. Weeks before the massacre, Holmes failed part of his first-year exam and dropped out from graduate school at the University of Colorado-Denver, CBS News correspondent Anna Werner reports.

A resume posted on Monster.com paints a picture of a brilliant young man brimming with potential: He worked as a summer intern at the renowned Salk Institute for Biological Studies in La Jolla, Calif., in 2006, and mapped the neurons of Zebra finches and studied the flight muscles of hummingbirds while an undergraduate at the University of California, Riverside.

Even though a California administrator described Holmes as a "top of the top" honors student, a former researcher at Salk told the Los Angeles Times that Holmes wasn't a good worker and shouldn't have ever been accepted into the summer program.

"His grades were mediocre. I've heard him described as brilliant. This is extremely inaccurate," John Jacobson said.

Jacobson, who Holmes listed as a mentor but said he merely ran the lab in which Holmes worked,, said he was accepted into the camp because he had a background in computer programming. But when he was tasked with writing code for an experiment, he failed.

"What he gave me was a complete mess," he told the paper.

Another researcher at Salk said Holmes had acquired a reputation as a "dolt," though he admitted he never knew Holmes personally.

David Eagleman, who currently runs the Initiative on Neuroscience and the Law at Baylor University, said a widely circulated video of Holmes making a presentation at the institute was misleading. Eagleman said the words were prepared by his advisers.

"He was just given the presentation to read," Eagleman told USA Today. "He wasn't any sort of superscientist when he was 18."

Still, Aurora Police Chief Daniel Oates said the booby-trap found at Holmes' apartment which intended to kill police officers was unlike anything he had seen before.

Also, CBS News senior correspondent John Miller reported that the shooter had a hit ratio twice of what a police officer might have engaging with armed assailants in a street setting. That suggests that the suspect -- who is believed to have planned his assault with precision -- must have practiced shooting prior to the attack.

Holmes spent a year in Colorado's small doctoral program, surrounded by scientists and roughly three dozen classmates delving into the inner workings of the brain.

The university isn't saying if it had any warning signs.

Eagleman told The Associated Press, however, the intimacy of the program and its focus on the brain may not have been enough for staff and students to detect that Holmes was on a course leading to what he's accused of doing.

Supported by the prestigious federal grant, Holmes was studying such topics as how the brain works or malfunctions, or helping develop drugs to treat epilepsy and other disorders.

But it is not behavioral science or psychology, experts note.

Eagleman said some neuroscientists are experts in mental illnesses and aberrant behavior, but others spend most of their time studying molecular chemistry.

"It's really only a fraction of professors" who could identify a simmering mental disorder, Eagleman said. "Many people in neuroscience are not specialized in the issue of picking up mental illness ... There are plenty of people who just study mice and cats and stuff like that."

The school refuses to say what specifically Holmes studied. But an online syllabus listed him as making a presentation in May during a class called "Biological Basis of Psychiatric and Neurological Disorders."

"He had, as is now common knowledge, excellent academic credentials," said Barry Shur, dean of the university's graduate program.

Shur said the graduate program is "like a family" in which faculty carefully monitor students' progress.

"It would be a logical step to assume there were people in that program who worked closely with him and would have the expertise to assess his behavior," said Mary Ellen O'Toole, a former FBI profiler and the author of the book "Dangerous Instincts: How Gut Feelings Betray Us."

"But being able to recognize concerning, troubling behavior does not mean you can prevent a mass homicide," O'Toole said. "There are many people at a university level who act quirky and strange and don't go out and commit mass murder."

Academics studying the human brain may not have the same ability to size up threats as someone who makes his living spending time with people firing guns, O'Toole said.