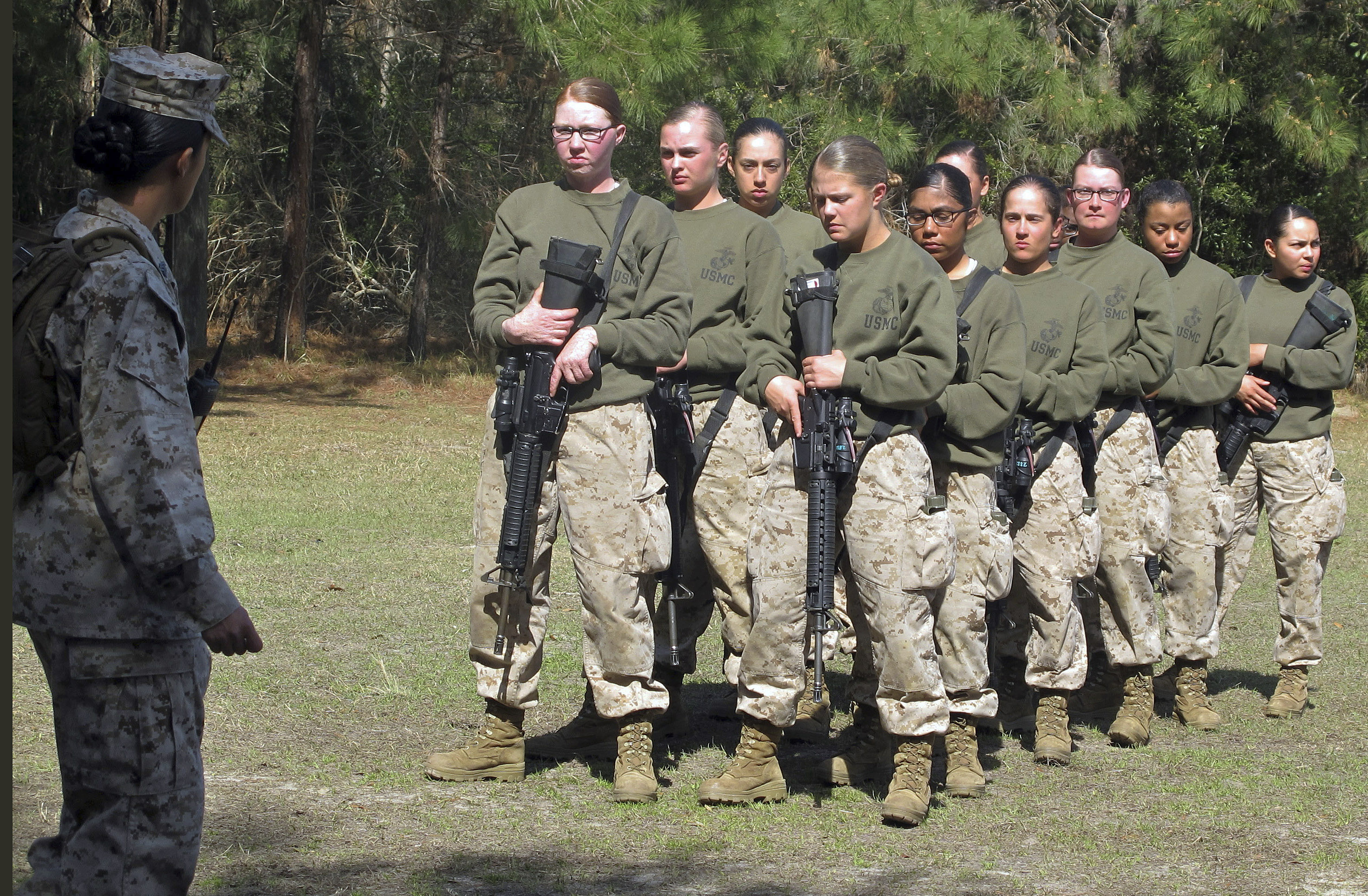 NEWPORT, R.I. -- Engineman? Yeoman? Not so fast. Now that women will be allowed to serve in all combat jobs, the U.S. Navy and Marine Corps are dropping "man" from some of their job titles to make them inclusive and gender-neutral.

"This is one more step in how our force has changed," Secretary of the Navy Ray Mabus said in an interview Friday. "Our force has evolved, our force is different. And I believe it's stronger and better."

Some Army and Air Force titles end in "man," too, but the services aren't considering changing them. The names are historically significant, and the focus now is on bringing women into the jobs rather than on what to call them, both services said.

Defense Secretary Ash Carter ordered the military in December to open all military jobs to women, including the Marine Corps and special operations forces like Navy SEALs and Army Green Berets.

During a visit to Newport, Rhode Island, in late May, Carter was asked by The Associated Press whether job titles that end in "man" should change throughout the military. Carter spoke about the benefits of opening jobs to women to make "full use of the wonderful talents of half of the population of the country."

"Signifying that in all appropriate ways is, I think, exactly that, very appropriate and needed," he said.

Carter said that he didn't offhand have a good alternative for titles that were stripped of "man," but that someone smart was going to figure it out.

Mabus called in January for a review of Navy and Marine titles. There are nearly two dozen in the Navy that end in "man" and roughly a dozen in the Marines.

Mabus said he wants titles that more accurately convey who is doing the job and what the job is.

"In the overall scheme, it's a small thing, but I think it's important because it's what sailors and Marines call each other, and words do matter," he said.

Mabus, who is reviewing the services' recommendations now, said the Navy and Marines will announce changes this summer.

Some iconic titles will stay the same, and others will change to make the jobs easier to understand outside of the military, which will help when sailors and Marines are looking for civilian jobs, he added.

For example, few civilians know what a hospital corpsman does, Mabus said. A corpsman could be called a medic or an emergency medical technician, much like "messman" was previously changed to culinary specialist, he added.

A female yeoman told a senior Navy official that "administrative specialist" would be a better title than yeoman, Mabus said.

Lory Manning, a retired Navy captain, said that there are fairly easy substitutes for many of the titles, and that they should be brought up to date.

"It's time for us to let go of telling women, 'You're just included. We don't call you out by sex, but just know you're part of mankind,'" said Manning, a senior fellow at the Service Women's Action Network. "When you hear that 'man' at the end, the image is a male image."

Army spokesman Lt. Col. Jerry Pionk said his service branch might consider such changes in the future if it helps accomplish missions. The bigger challenge is that the Army will start to train the first female soldiers to serve in the front-line combat branches later this summer, including the infantry, he added.

Infantrymen have walked the battlefields and engaged the nation's enemies for centuries, and "there are a lot of emotions around that," Pionk said.

"No matter what they call us, we'll do the job," Hanner said.

Air Force spokeswoman Capt. Brooke Brzozowske said a job title review is not currently underway or being considered in the Air Force.

The Coast Guard, which falls under the Department of Homeland Security, is monitoring efforts, spokesman Lt. Cmdr. David French said.