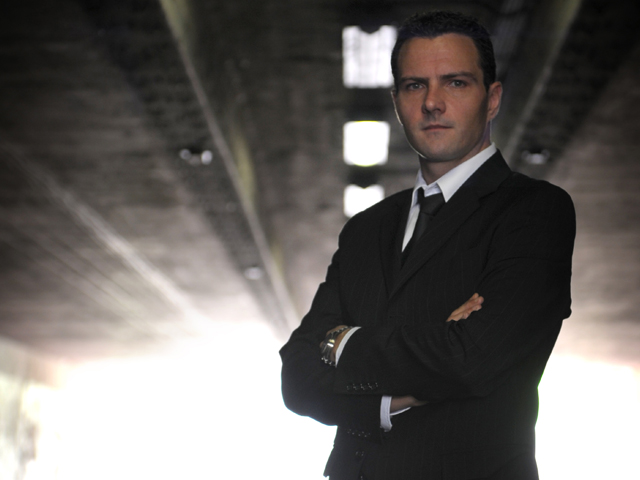 PARIS The Paris appeals court on Wednesday ordered former Societe Generale trader Jerome Kerviel to spend three years in prison and pay back about $7 billion in damages for one of the biggest trading frauds in history.

The 35-year-old Kerviel, who never profited personally from his unauthorized trades, says he was a scapegoat for the bank and a victim of a financial system that runs on greed and profits. He will appeal his case to the highest court.

"I will continue to fight," he said in an interview with RTL radio. "I think the judgment is protecting Societe Generale."

He called on those in the banking industry, notably Societe Generale employees, to step forward and speak up about how the bank's managers knew about the trades.

Kerviel said he had thought the court might acquit him. "What happened today is a call for me to put a bullet in my head," he said, adding that he does "absolutely not" envision suicide. His lawyer, David Koubbi, called the verdict "absolutely lamentable."

A lower court convicted Kerviel in October 2010 of forgery, breach of trust and unauthorized computer use for covering up bets worth nearly $70 billion - more than the market value of the entire bank - in 2007 and 2008.

By the time his trades were discovered in early 2008, when banks were sliding into a global crisis, he had amassed losses of almost $7 billion on those bets.

The sentence - a five-year prison term, with two years suspended, plus the payback of all the losses he incurred - shocked many in the French public. After a global financial crisis that many blamed on big banks, many believed Kerviel's claim that he was a victim of an unjust system.

The appeals court Wednesday upheld the full conviction and sentence. It did not send Kerviel directly to prison, leaving him free pending his decision on whether to appeal to the Court of Cassation. He has five days to make that decision.

Kerviel had sought an acquittal, saying the bank had turned a blind eye to his exorbitant trades as long as they made money. Prosecutors and the bank say that isn't true.

He suggested the bank would take into account Kerviel's income and assets and not seek full compensation for the damages, which Kerviel would unrealistically be able to repay in his lifetime. "Societe Generale will look at it with realism," Veil told reporters.

He indicated, however, that the bank could take over royalty earnings from a book Kerviel wrote about the scandal as well as any income he earns from movie deals. "It would have been indecent for Mr. Kerviel to be able to preserve revenues coming from the exploitation of his fraud."

While Societe Generale could have the right to tap Kerviel's future income, it was not clear whether they would do so and how much they could take from him.

Kerviel was fired from the bank in the wake of the scandal, and held a modest job for a while as a computer consultant. He was unemployed at the time of his appeals trial earlier this year.

A colleague from Societe Generale who testified on Kerviel's behalf said the court didn't take into account others at the bank who likely knew about Kerviel's risky bets.

A junior futures trader such as Kerviel "could in no case do what he did without being seen" by his superiors, Philippe Hoube said. "If justice had played its role, they wouldn't have sentenced him so heavily."

An internal report by the bank has said managers failed to follow up on 74 different alarms about Kerviel's activities.

A few of the bank's executives resigned in the scandal's aftermath, including longtime Chairman Daniel Bouton. Kerviel's superiors were questioned in the probe, but none of them faced a charge.

Kerviel operated "far beyond his limited authority," according to Societe Generale. The Parisian bank said that his net position appeared unremarkable because he balanced his real trades with fictitious transactions.

The bank admits it failed to limit its former junior trader's access to its control system, through which Kerviel build up "massive directional positions on stock index futures."