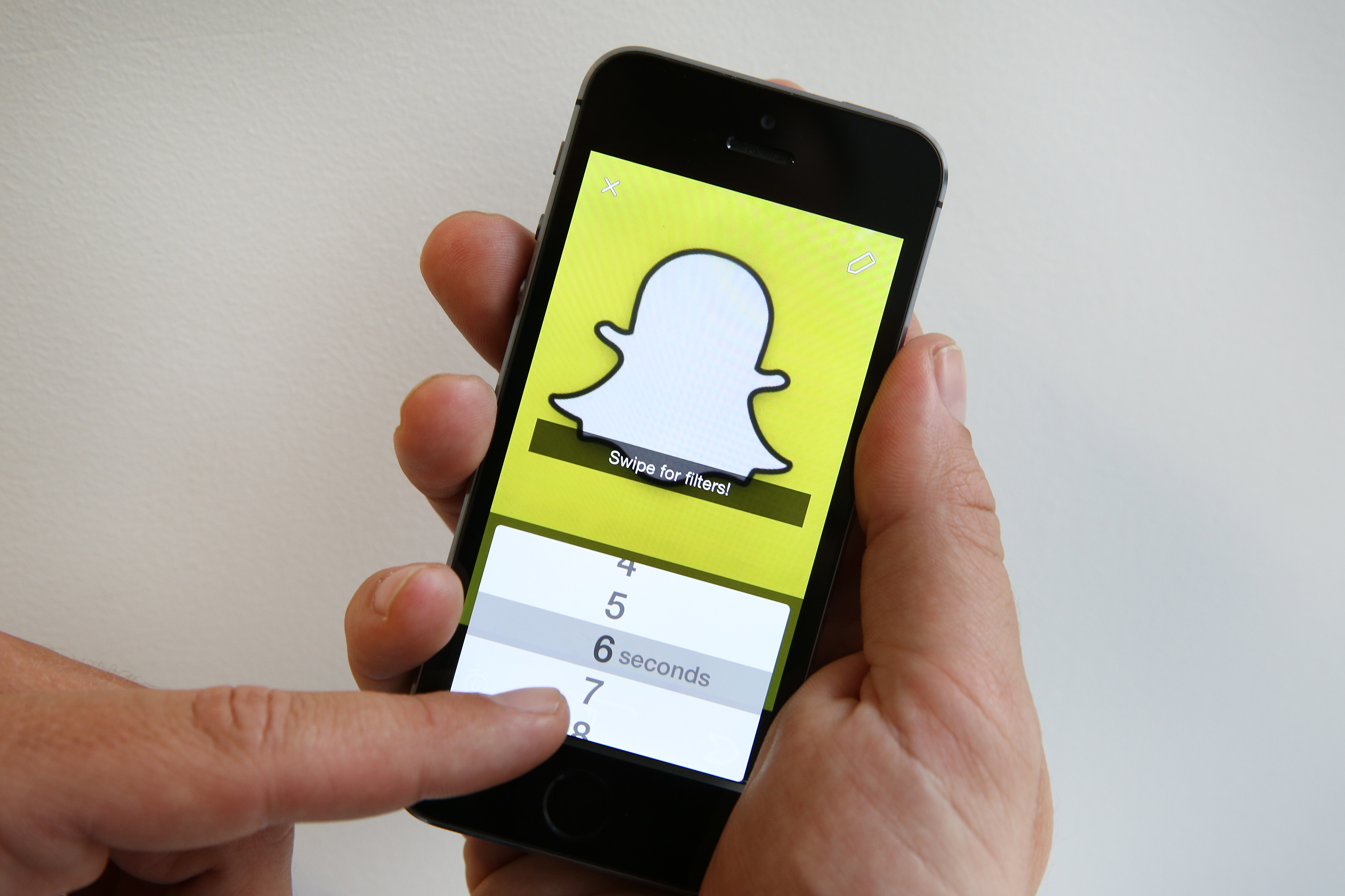 They are the most web-savvy, app-friendly generation. And no, millennials, we're not talking about you, but instead what you could call social media's new class. Welcome, Generation Z (also nicknamed "iGen"), the generation born in 1996 or later, who have been shaped by and are in turn shaping technology and social media in very different ways from the Facebook-reared cohort just above them.

According to the Center of Generational Kinetics, an Austin-based research firm, this young group favors more personal, immediate social platforms like Snapchat rather than broadcasting their lives widely and publicly for all to see through the like of Facebook and Twitter. What does this say about this particular group? For Gen Z, whose members grew up in an era of high-speed Internet where sharing personal details on social media was the norm, social technology is embedded deeply within all aspects of life, and as this group comes of age, they're remaking it in their image.

These days, adoption of different social networks seems to be a marker for the start and end points of different generations. And the dividing lines are shifting more rapidly than ever, according to Jason Dorsey, co-founder and chief strategy officer of the Center for Generational Kinetics.

"Historically, a generation is defined as a birth cohort from the same time and same place. The result of that was a fairly high level of consistent predictability," Dorsey told CBS News. "The consistency of that is starting to break, and by that I mean that, even within the millennials, you see these pronounced differences between older and younger members of the cohort."

Dorsey said that technology has become a key marker of a given generation's identity. For instance, baby boomers prefer face-to-face communication, Generation X is a big fan of talking on the phone (or at least email), while millennials head to social media networks. What does Generation Z like? Messaging apps that "don't leave a paper trail," where communications are sent and then are quickly gone, as users move on to the next stream of communication.

To examine how different generations differ in and are increasingly defined by their use of social media tools, the center surveyed 1,000 people between the ages of 14 and 69, asking about everything from shopping to phone etiquette to get a comprehensive sense of how they view and use technology, and social media specifically. The center also surveyed an additional group of people age 14 to 17 to better understand Gen Z.

For instance, the study found that Gen Z is four times more likely than millennials, Gen X, or baby boomers to say that age 13 is the appropriate age to get your first smartphone. Older generations were more likely to suggest age 18.

Gen Z was also more likely than others to say it is acceptable to use smartphones in social settings.

When it comes to online transactions, Gen Z respondents were more concerned than millennials about their privacy and security when paying with credit and debit cards online, 63 percent versus 58 percent. Gen Z had fewer qualms about entering similar information on mobile pay apps like Venmo.

Do these differences in generations' relationships to technology leave something of a communication gap between age groups?

"Our research found that you understand your default generational behaviors, but you can look at how other generations naturally communicate and put yourself in the shoes of the other generation you're trying to communicate with," Dorsey said. "Employees think that bosses should cater to them and vice versa. In that kind of context -- when you have a Gen Z employee and a baby boomer employer, for example -- you lose the best of what both groups have to offer. You get the best of both when there are compromises."

One statistic from the study that raised eyebrows and generated headlines was that 42 percent of this youngest generation said that social media has a direct impact on how they feel about themselves.

While this could be interpreted as a sign that social media is having too much of a potentially negative impact on young people's sense of self-worth, Dr. Pamela Rutledge, the director of the independent nonprofit Media Psychology Center, sees social media as an empowering tool that is producing an informed, connected generation of young people.

"The immediate presumption that a lot of people have when seeing this kind of data is that this kind of social comparison is bad. Well, social comparison is a normal phenomenon, it's how we navigate the social environment," Rutledge told CBS News. "It's super important to know who does better at certain things. It helps us determine who should be in charge of the kids if we're away, it informs how we choose our leaders and decision makers, it's how we find mentors, how we find people who are doing things we aspire to do. Social comparison is not always about body image or low self-esteem. We have this weird storyline out there that equates social comparison to some sort of personal failing, but it is a perfectly natural part of how we live."

Not everyone sees it that way. According to 2014 statistics from the National Crime Prevention Council, 43 percent of young people have reported being bullied online. Given the anonymity of messaging apps and many online forums, people often have easy access to say whatever they want, targeting young people who are most vulnerable.

Journalist Nancy Jo Sales, author of the new book "American Girls: Social Media and the Secret Lives of Teenagers," spent two and a half years traveling cross-country interviewing teen girls, ages 13 to 19, about how social media was impacting their lives and relationships. While Sales writes about how social media has allowed some teens to feel more empowered and connected -- she describes one young woman who found a political and social voice through connecting with the Black Lives Matter movement -- she said that there is a dark side to social media, especially in its ability to foster cyberbullying as well as sexist attacks, mostly directed at young girls.

"So, social media can be a voice for positive things, too. I don't think my book is saying social media is evil but it happens to be a tool, a place where a lot of really pernicious things happen," Sales told CBS News.

Whether "pernicious" or "empowering," social media is being shaped and driven by the young people who gravitate toward it as a primary tool for peer-to-peer communication.

"We need to quit presuming that technology has an agenda," Rutledge cautioned. "Looking at the popular apps, you can see that we are raising a generation now of tremendous visual communicators. It's the most powerful form of communication."

Dorsey said that this generation is "more connected than ever before to remote parts of the world around them." Of course, he added, being "more connected does not necessarily mean better informed."

He stressed that the tendency of young people to take quickly generated headlines that don't always contain accurate or complete information, can lead people down a rabbit hole of being misinformed.

On the flip side, Rutledge said that Gen Z has "control over their message" and that they are much more "media literate in a very positive way."

Part of this media literacy is the ability to exist in what is almost a fully realized virtual world. More than any previous generation, Gen Z is distinguished by its members' ability to elevate themselves as influencers.

"What I find interesting is the relationship to the culture at large. The biggest shift in Gen Z is that the culture is such a different animal from what it was for other generations. For most of us, celebrity was something that we could not obtain," Victor Pineiro, senior vice president of social media at Brooklyn-based digital agency Big Spaceship, told CBS News. "Gen Z, on the other hand, has grown up with influencers who they see on Snapchat and YouTube and Vine and Instagram. They are reachable. Gen Z uses social networks to achieve influence and get total celebrity status. The wall separating them from being influencers has been completely taken down."

Pineiro knows a thing or two about the power of social media. In 2013, he was named one of Business Insider's "30 most creative people in social media," and he said that the drive to be creative, to push forward innovative content themselves, is part of what distinguishes Gen Z.

"Look at millennials, they have kind of TV on one side and YouTube on the other side," Pineiro said. "Gen Z is almost like YouTube is one end of the timeline and then Vine is on the other end. The format of choice continues to shift and each format of choice continues to shift and change the generation. You look at statistics, and I think 80 percent of Gen Z considered being creative an important aspect of their lives. A quarter of Gen Z is posting videos to these outlets every week. They are actually creating artifacts of their generation. They spend half of their time working on creative skills, whether it's posting videos or learning how to design things on Photoshop. To me that's fascinating -- this idea of an entire generation embracing this creative culture, this entrepreneurship."

What is the next digital tool that Gen Z will both influence and be influenced by? Rutledge suggests virtual reality is a contender.

"It's hard to imagine how virtual reality becomes social, but everyone claims 'yeah, we are all going to be in this virtual environment together,'" she said. "I know and believe that social connection is one of the primary drivers of human existence, so I'm curious to see how that's going to evolve so that it enhances without detracting anything, or takes anything away. The social tools that succeed are the ones that benefit people and facilitate the ability to connect with others."