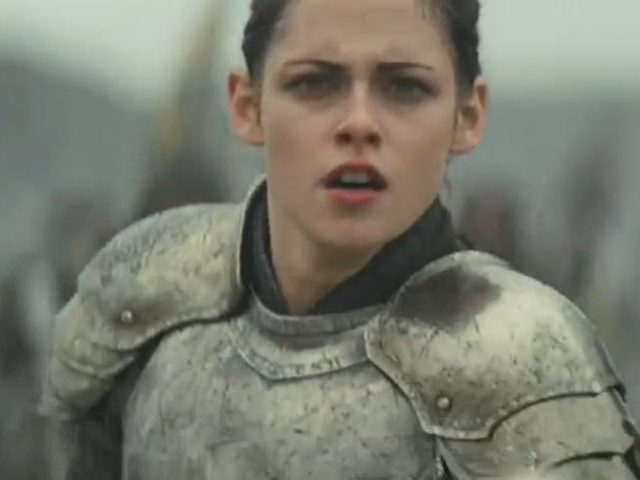 (CBS) A visually-stunning trailer has been released for "Snow White and the Huntsman."

The film is one of two Snow White films due out next year. This one stars Kristen Stewart as the title character and Charlize Theron as the Evil Queen.


Brooding music and battle scenes are a big part of the trailer, as is Theron's malevolent monarch, who muses: "Do you hear that? It's the sound of battles fought, and lives lost. It once pained me to know that I am the cause of such despair. But now their cries give me strength."

The power-hungry queen wants to kill the beautiful Snow White, and dispatches the huntsman (Chris Hemsworth, of "Thor") to do her bidding. But in this version of the fairy tale, Snow White puts on a suit of armor and sets out to destroy the queen.

The film will be released in theaters on June 1.

Tell us: What do you think of the "Snow White and the Huntsman" trailer?