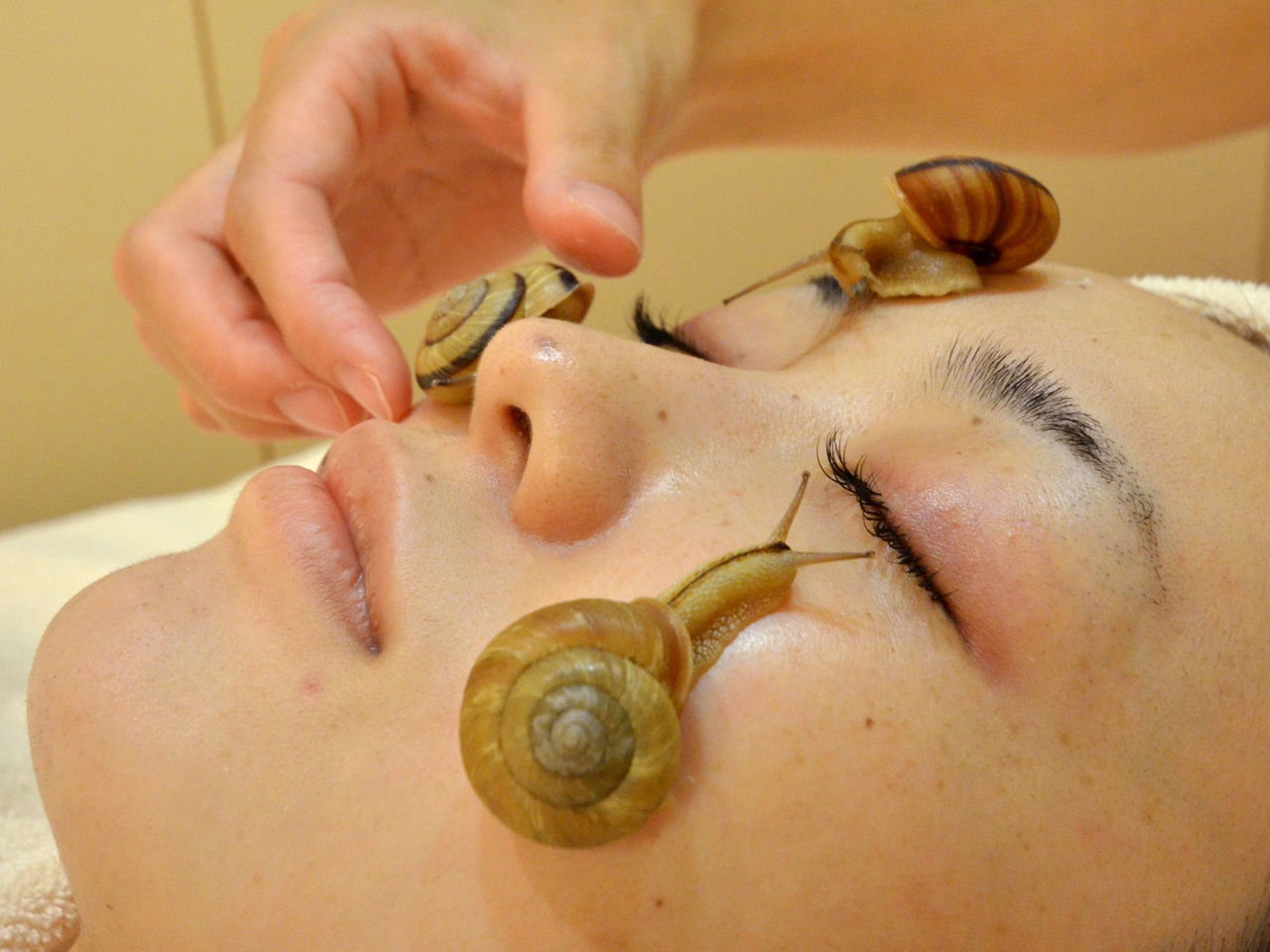 The latest beauty craze may feel slimier than your typical facial at a spa.

A Tokyo spa has launched a "snail facial" clinic, The Telegraph reports, in which a therapist places the mollusks on clients' faces, leaving trails of mucus slime.

For about $245, a visitor to the Ci:z.Labo Clinical Salon in the Ebisu district of Tokyo can get the treatment.

One brave Telegraph reporter even tried the facial herself.

"I am relieved to feel Manami san skillfully monitoring their positions, instantly lifting them off my skin with a little tug to defy the suction whenever they go anywhere near my mouth, nostrils or eyes," she described.

The snails at the spa are fed an all-organic diet of carrots, Japanese mustard spinach, and Swiss chard, according to a Wall Street Journal reporter who also tried the treatment.

Could snails actually have an effect on your skin?

Dr. Elizabeth Tanzi, co-director of the Washington Institute of Dermatologic Laser Surgery, told the National Post that "there are no respected scientific studies to prove that it actually works."

There are safer beauty options out there than snails, added Dr. Jennifer L. Walden, a Texas-based plastic surgeon who specializes in skin care and anti-aging, to CBSNews.com.

"Snails have had medicinal uses historically in the past, but I would be wary to use live snails directly on the face for treatment since they carry the risk of harboring parasites that can cause organ damage, meningitis, and other problems," she told CBSNews.com in an email.

Specifically, snails can carry parasitic worms that cause the disease schistosomiasis, Walden points out. The disease can cause health problems like abdominal pains or bloody stools that can persist for years, according to the Centers for Disease Control and Prevention.

"There are safer, more purified skin treatments as alternatives on the market today that contain hyaluronic acid and antioxidants," said Walden.

She pointed out her practice even carries products that contain snail secretions tested scientifically before being sold. If snails or their secretions are not your thing, you can always stick to standard facials, microdermabrasions and peels.