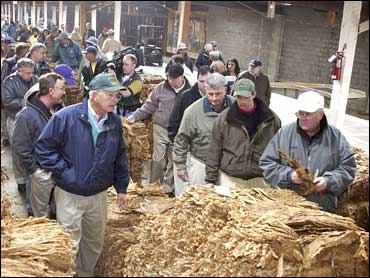 Leaders of this city in the heart of Kentucky's tobacco industry voted Tuesday to ban smoking in most public buildings.

The ban, set to take effect Sept. 29, is the first of its kind in the state, the nation's second-largest tobacco producer after North Carolina.

The 11-3 vote by the Lexington-Fayette Urban County Council is "another sign of the lack of influence of tobacco, even in tobacco country," said Scotty Baesler, a former congressman and former Lexington mayor, as well as a tobacco farmer. "I don't think it could have happened 10 years ago."

Exceptions to the ban include retail tobacco stores and warehouses, and indoor smoking areas in government buildings.

The decision was praised by health advocates in Kentucky, which has the nation's highest adult smoking rate. From 1996-2001, 30.9 percent of the state's adults smoked, compared to the national median of 23.4 percent, according to the federal Centers for Disease Control and Prevention.

"This is an incredible day for Lexington," said Ellen Hahn, an associate professor in the University of Kentucky's school of nursing who campaigned for the smoking ban. "To get 11 votes was really incredible. We need to protect our kids and protect our workers and protect our patrons."

Owners of area restaurants and bars have said the ban could hurt business. Councilman Al Mitchell, who voted against the ordinance, has called it illegal and an "infringement of business."

New York City and Boston are among the major cities that recently have banned smoking in public places, and California and Delaware have put statewide bans in place.