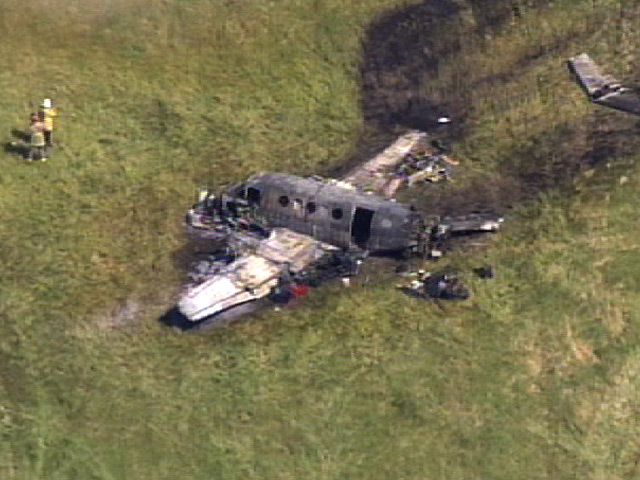 LONG BEACH, Calif. - Two prominent Long Beach, Calif., real estate developers and a bicycle advocate are among five people killed in the fiery crash of a twin-engine plane at the city's airport.

Mike Murchison, who's a local business consultant and spokesman for developer Tom Dean, says Dean, developer Jeff Berger and bicycle advocate Mark Bixby were killed in the crash. The identities of the other two people who died weren't immediately available.

The Long Beach Airport director says the Beechcraft King Air turboprop had taken off but was circling back when it crashed and burst into flames at about 10:30 a.m. Wednesday.

The airport director did not immediately know why the plane turned around. The aircraft exploded in a fireball, he said.

Five people were pronounced dead at the scene and a man was taken to the hospital in critical condition, Rodriguez said.

The front half of the plane and its wings came to rest on a grass median between two taxiways, which are used by planes to enter and leave runways. The plane left a scorched trail dozens of feet long as it apparently plowed through the grass.

Rodriguez said the crash closed the two taxiways and one of the airport's five runways. Commercial flights were not affected, he said.

It was the first crash at the airport in more than 30 years, Rodriguez said.

The plane was departing for Salt Lake City when it went down, said Ian Gregor, a spokesman for the Federal Aviation Administration. An FAA website said the plane was registered to a Los Angeles company called Carde Equipment Sales LLC. There was no public phone listing for the company.