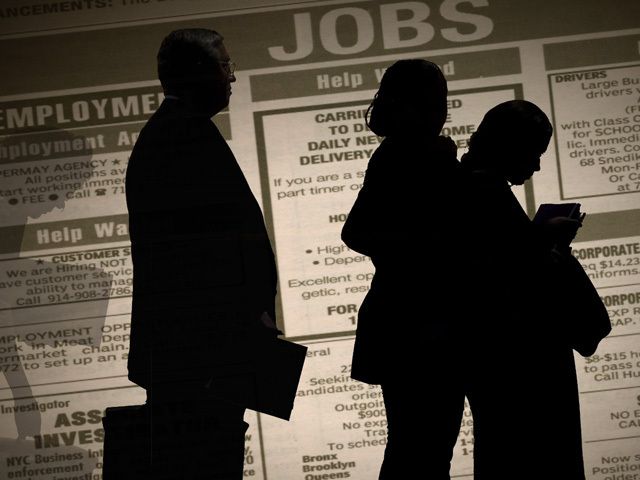 There is a bit of good news about the economy that the job market is healing. On Thursday, the Labor Department said in the past month, unemployment claims averaged 375,000 per week -- the fewest since June 2008. For perspective: At the height of the recession in 2009, more than 600,000 Americans were applying for unemployment each week.

Thursday's news triggered a rally on Wall Street , with the Dow closing up 136 points. CBS News correspondent Jim Axelrod has more on this hopeful economic development.

The help wanted sign is up at the Ambrose Group, which provides personnel services for 700 small businesses.

"We added on about 20 percent year to year," said Hugh LaRoche of the Ambrose Group, "and we're already slated to add on another 10 percent next year."

The economy has created an average of 143,000 jobs per month this fall -- double the pace set this summer.

LaRoche said his company hires when other companies hire.

Reflecting on the Biden-Putin summit in Geneva

"Are the clients we're servicing hiring? Absolutely--there is no question about that. The small business engine is working and we've seen that in terms of growth."

The number of unemployment claims ticked up by 15,000 last week, but the overall trend this month is promising.

"The job market is moving out of recessionary territory into recovery," said Beth Bovino of Standard & Poor's." It does look like the jobs market is healing ."

No stronger proof of that than at Edelman, the PR firm that's added 120 jobs this year in its Chicago office alone. New hire Lauren Newman wanted to move to Chicago to be with her fiance and landed a job after just a month of searching.

"I have a lot of friends who are still struggling to find jobs," she said," or looking to make a change in their career, and it'll be great for them to have an opportunity once the market is picking up again and companies are hiring.

Next year should be even better. According to a new survey of three dozen economists, they expect 175,000 jobs a month will be created in 2012. Better -- though 200,000 jobs a month is really when we'll start seeing significant cuts in the unemployment rate that now stands at 8.6 percent.