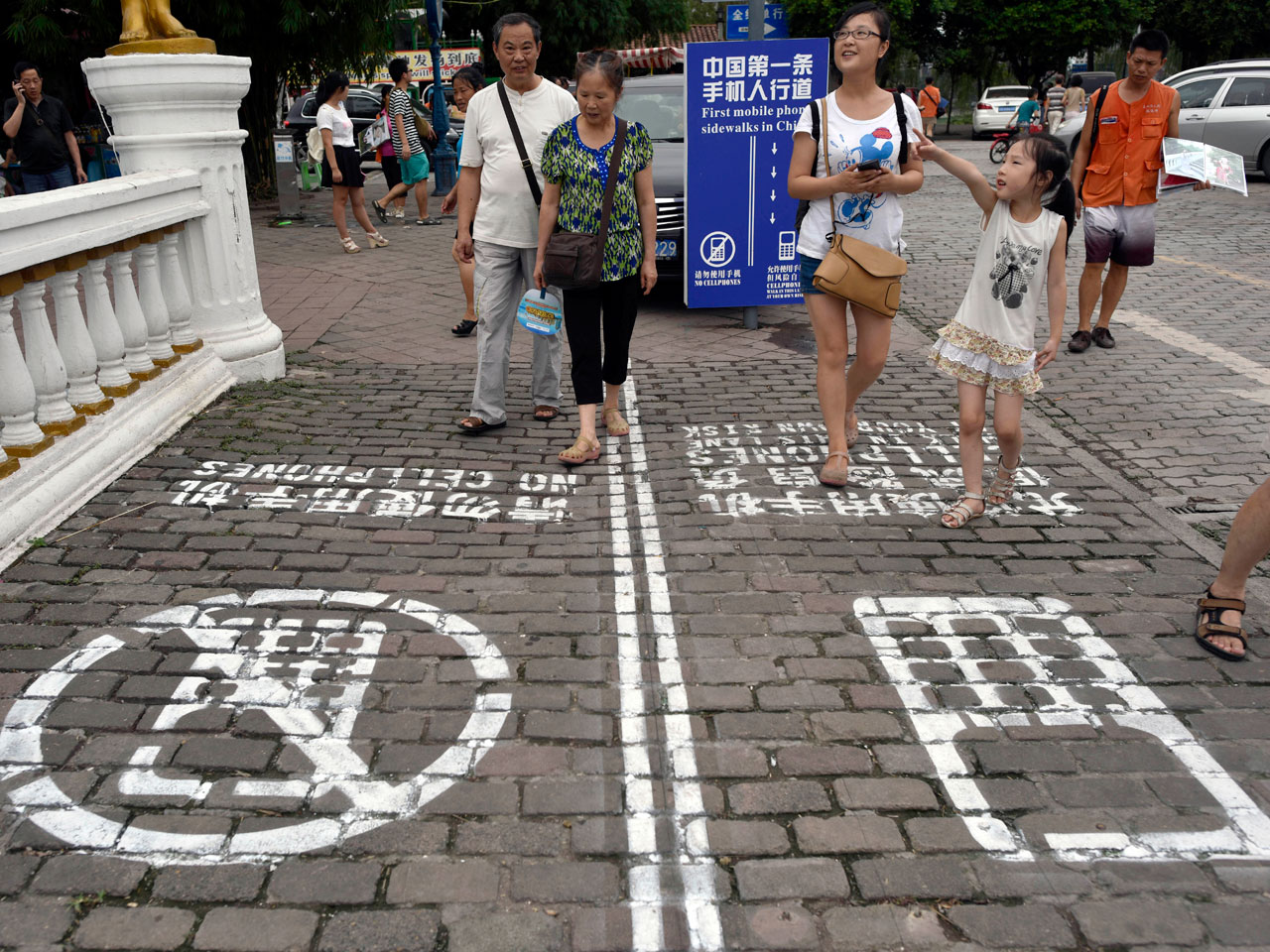 BEIJING - Taking a cue from an American TV program, the Chinese city of Chongqing has created a smartphone sidewalk lane, offering a path for those too engrossed in messaging and tweeting to watch where they're going.

But the property manager says it's intended to be ironic - to remind people that it's dangerous to tweet while walking the street.

"There are lots of elderly people and children in our street, and walking with your cellphone may cause unnecessary collisions here," said Nong Cheng, the marketing official with Meixin Group, which manages the area in the city's entertainment zone.

Meixin has marked a 165-foot stretch of pavement with two lanes: one that prohibits cellphone use next to one that allows pedestrians to use them - at their "own risk."

Nong said the idea came from a similar stretch of pavement in Washington D.C. created by National Geographic Television in July as part of a behavior experiment.

She said that pedestrians were not taking the new lanes seriously, but that many were snapping pictures of the signs and sidewalk.

"Those using their cellphones of course have not heeded the markings on the pavement," she said. "They don't notice them."

The original idea for marking sidewalks for cellphone users came from a National Geographic television show called "Mind Over Masses."

In July, they marked a block on Washington D.C.'s 18th Street as part of a behavior experiment.

A National Geographic Channel spokesman said pedestrians' reactions were being filmed for the show.