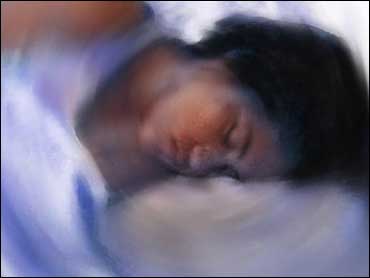 As people age, their breathing during sleep may become more irregular, a new study shows.

That news comes from a study of 163 healthy, non-obese adults who spent a night at a sleep lab, with their every breath monitored as they slept.

The researchers tracked the number of times each person's breathing was disrupted during sleep. Those disruptions included not breathing for at least 10 seconds or slowdowns in breathing.

Such events were more common in older participants. For instance, 95% of people younger than 50 had no more than 15 breathing disruptions during sleep, compared with half of people older than 65.

Age was associated with breathing problems in sleep in men and women.

They write that irregular breathing during sleep "increases dramatically with age, even in healthy individuals without symptoms or signs of obstructive sleep apnea syndrome," a condition in which the airway becomesÂ obstructed during sleep.

The study appears in today's edition of Sleep.
By Miranda Hitti
Reviewed by Louise Chang
© 2008 WebMD, Inc. All rights reserved