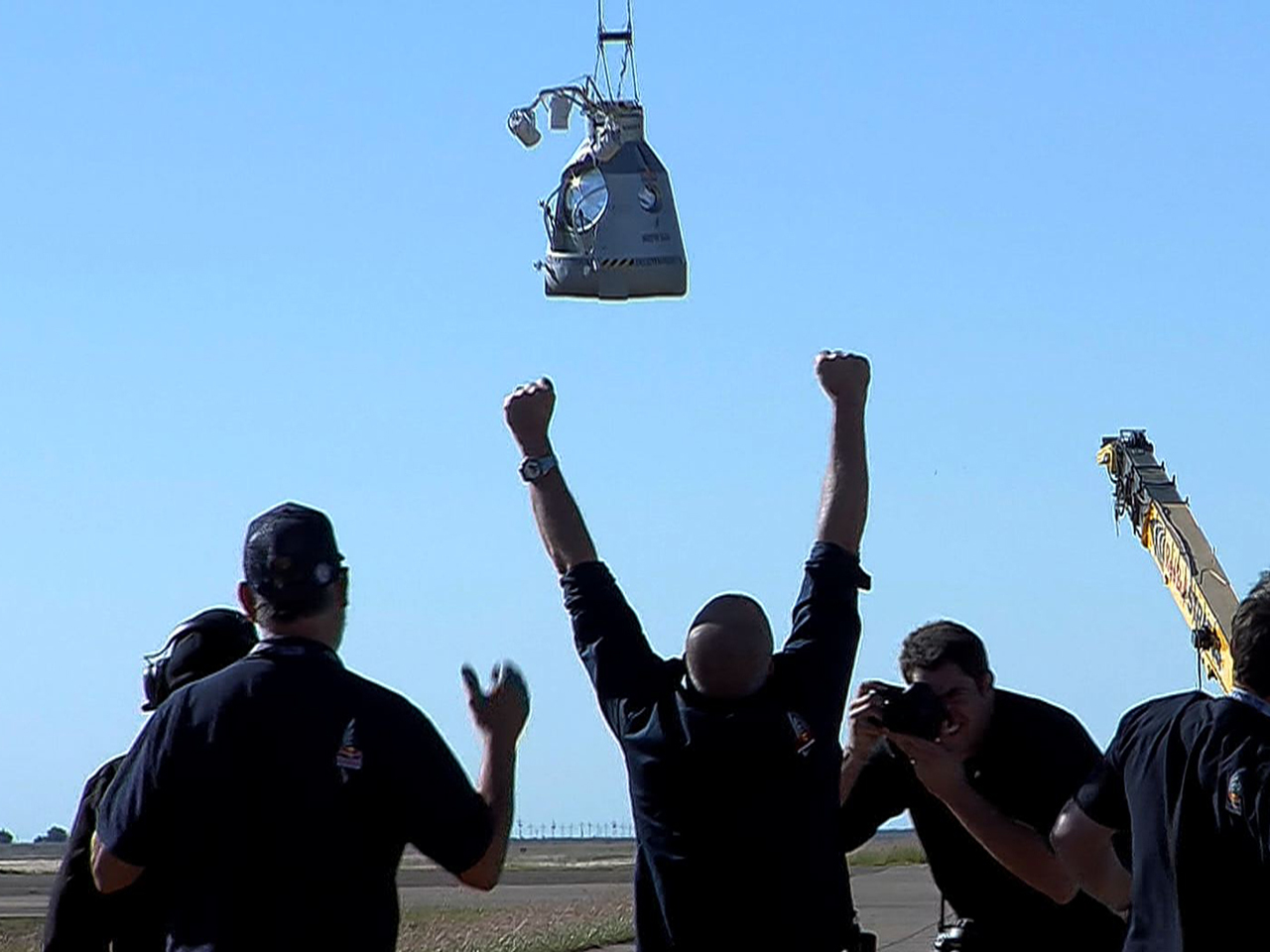 ROSWELL, N.M. Lifted by a massive balloon, Austrian extreme athlete Felix Baumgartner ascended high above Earth on Sunday in his bid to complete a death-defying 23-mile free fall that could make him the first skydiver to break the sound barrier.

Baumgartner took off in a pressurized capsule carried by a 55-story ultra-thin helium balloon that is expected to ascend high above the New Mexico desert for nearly three hours. If plans go as expected, Baumgartner, in a high-tech suit, will then jump into a near vacuum with no oxygen to begin what is expected to be the fastest, farthest free fall from the highest-ever manned balloon.

Any contact with the capsule on his exit could tear the pressurized suit, a rip that could expose him to a lack of oxygen and temperatures as low as minus 70 degrees Fahrenheit. That could cause potentially lethal bubbles to form in his bodily fluids

At Baumgartner's insistence, some 30 cameras recorded the event. While it had been pegged as a live broadcast, it was actually under a 20-second delay.

You may watch live coverage of Baumgartner's freefall attempt by clicking on the video player below.

Shortly after launch, screens at mission control showed the capsule as it rose above 10,000 feet, high above the New Mexico desert as cheers erupted from organizers. Baumgartner could be seen on video checking instruments inside the capsule.

Baumgartner's team included Joe Kittinger, the man who first attempted to break the sound barrier from 19.5 miles in 1960. With Kittinger inside mission control Sunday, the two men could be heard going over technical details as the launch began.

"You are right on the button, keep it right there," Kittinger told Baumgartner.

An hour into the flight, Baumgartner had ascended more than 63,000 feet and had gone through a trial run of the jump sequence that will send him plummeting toward Earth. Ballast was dropped to speed up the ascent.

Kittinger told him, "Everything is in the green. Doing great."

If he succeeds in the death-defying feat, the man nicknamed "Fearless Felix" will break the 52-year-old altitude record by Kittinger, who reached a speed of 614 mph, just under the sound barrier.

Earlier in the day, mission control officials declared a "weather hold," delaying the launch. But about an hour later, organizers described conditions at the launch site as perfect. The jump was postponed twice last week because of high winds.

This attempt also will be the end of a five-year road for Baumgartner, a record-setting high-altitude jumper. He already made two preparation jumps in the area, one in March from 15 miles high and one in July from 18 miles high. It will also be the end of his extreme altitude jumping career; he has promised this will be his final jump.

Winds had to be under 2 mph for Baumgartner to start his ascent to the stratosphere from this desert town better known as the site of a rumored UFO landing in 1947.