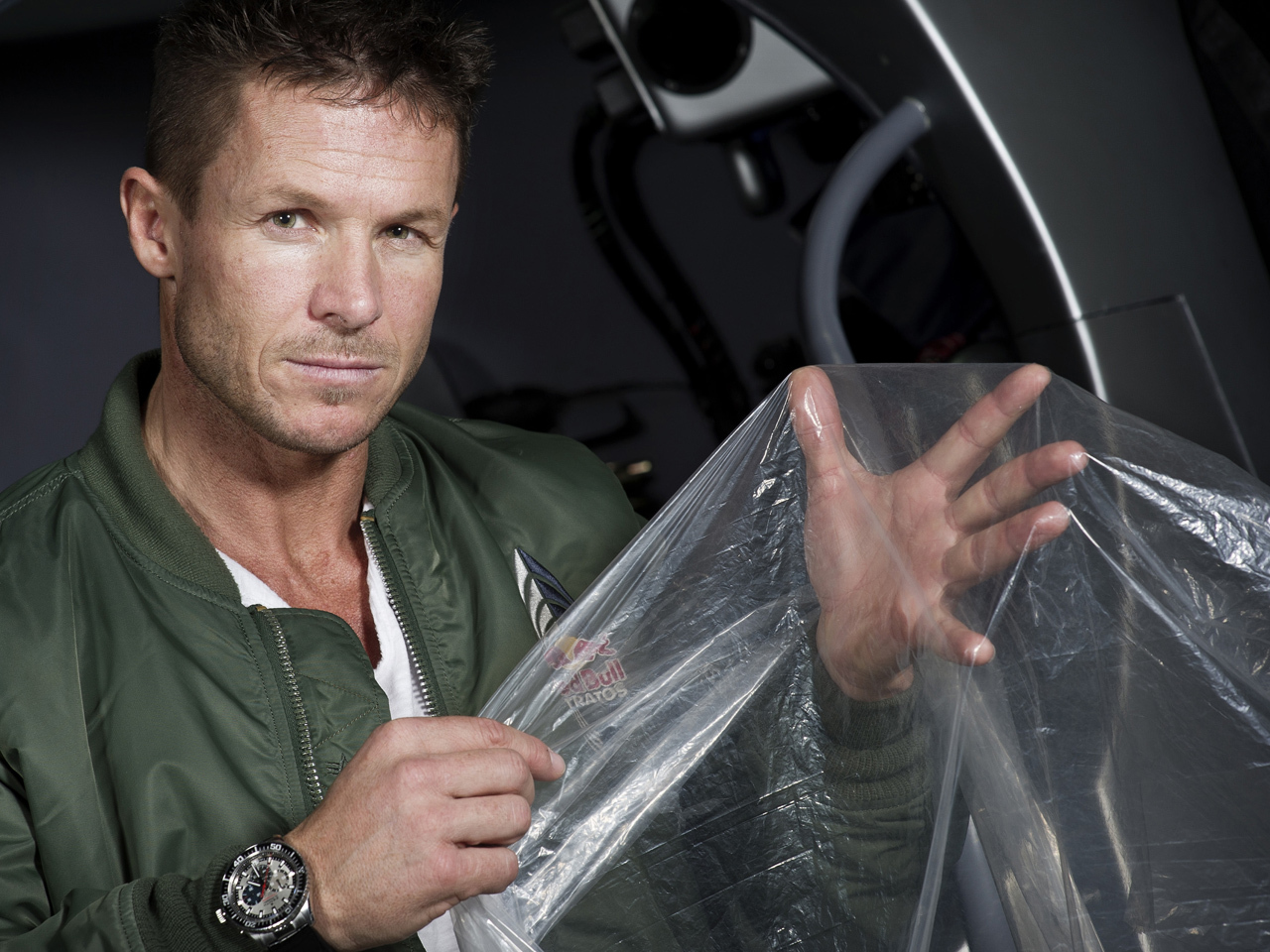 Weather permitting, the 43-year-old Austrian will take off in a 55-story, ultra-thin and easy-to-tear helium balloon that will take him into the stratosphere for a jump that he hopes will make him the first skydiver to break the sound barrier and shatter three other world records.

The balloon is set to launch at about 7 a.m. local time from a field near the airport in a flat dusty town that until now has been best known for a rumored 1947 UFO landing.

After a nearly three-hour ascent to 120,000 feet, Baumgartner will take a bunny-style hop from a pressurized capsule into a near-vacuum where there is barely any oxygen to begin what is expected to be the fastest, farthest free fall from the highest-ever manned balloon.

But the former military parachutist can only make the jump if winds are no greater than 2 mph. A cold front already delayed the jump by one day, but his team was optimistic Monday that a break before a second cold front is due to arrive Thursday will give him the opportunity to complete his mission.

Baumgartner spent Monday at his hotel, mentally preparing for the dangerous feat with his parents, girlfriend and four close friends, his team said.

Among the risks: any contact with the capsule on his exit could tear the pressurized suit. A rip could expose him to a lack of oxygen and temperatures as low as 70 degrees below zero. It could cause potentially lethal bubbles to form in his bodily fluids, a condition known as "boiling blood."

He could also spin out of control, causing other risky problems.

The energy drink maker Red Bull, which is sponsoring the feat, has been promoting a live Internet stream of the event at this website from nearly 30 cameras on the capsule, the ground and a helicopter. But organizers said there will be a 20-second delay in their broadcast of footage in case of a tragic accident.

Despite the dangers and questionable wind forecast, high performance director Andy Walshe said the team was excited, not nervous.

Baumgartner has made two practice jumps, one from 15 miles in March and another from 18 miles in July.

"With these big moments, you get a kind of sense that the energy changes," he said Monday. "It really is just kind of a heightened energy. It keeps you on your toes. It's not nervousness, it's excitement."

During the ascent, Walshe said, the team will have views from a number of cameras, including one focused directly on Baumgartner's face. Additionally, they will have data from life support and other systems that show things like whether he is getting enough oxygen.

The team also expects constant communication with Baumgartner, although former astronaut Joe Kittinger, whose 1960 free-fall record from 19.5 miles Baumgartner hopes to break, is the only member of mission control who will be allowed to talk to him.

And while Baumgartner hopes to set four new world records, his free fall is more than just a stunt.

His dive from the stratosphere should provide scientists with valuable information for next-generation spacesuits and techniques that could help astronauts survive accidents.

Jumping from more than three times the height of the average cruising altitude for jetliners, Baumgartner's expects to hit a speed of 690 mph or more before he activates his parachute at 9,500 feet above sea level, or about 5,000 above the ground in southeastern New Mexico. The total jump should take about 10 minutes.

His medical director is Dr. Jonathan Clark, a NASA space shuttle crew surgeon who lost his wife, Laurel Clark, in the 2003 Columbia accident. No one knows what happens to a body when it breaks the sound barrier, Clark said.

"That is really the scientific essence of this mission," said Clark, who is dedicated to improving astronauts' chances of survival in a high-altitude disaster.

Clark told reporters Monday he expects Baumgartner's pressurized spacesuit to protect him from the shock waves of breaking the sound barrier. If all goes well and he survives the jump, NASA could certify a new generation of spacesuits for protecting astronauts and provide an escape option from spacecraft at 120,000 feet, he said.

Currently, spacesuits are certified to protect astronauts to 100,000 feet, the level Kittinger reached in 1960. Kittinger's speed of 614 mph was just shy of breaking the sound barrier at that altitude.