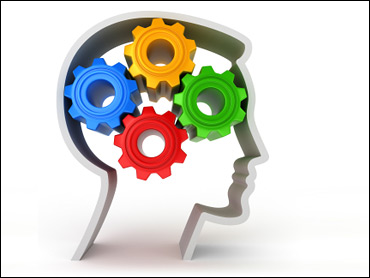 When it comes to male and female brains, researchers are finding there's evidence that size actually does matter, according to a recent article in the New York Post.

CBS News Medical Correspondent Dr. Jennifer Ashton explained,"There appears to be a difference in the size of the brain when you compare men versus women, we're talking about the anatomy here. Obviously, male brains tends to be larger, because men tend to be, but within the brain certain structures and parts of the anatomy, some are bigger in women, some are bigger in men. So, for example, in male brains, men have six and a half times more gray matter than women do. Gray matter is partly responsible for information processing, so may explain in general men tend to be better in math."

But women, Ashton said, have as much as 10 times as much white matter -- the part of the brain that's I partially responsible for connecting information processing centers. Ashton said this could contribute to why women are such good multi-taskers.

Ashton joked, "(Researchers) did not find anything in the part of the brain that's responsible for controlling a remote or the whining center. So that's still under research."

"It kinds of does fit in with the stereotype," Smith said.

So can you help your brain grow or be nurtured in one direction or another?

Ashton said, "You can always nurture and you can always grow. But, there's a lot of research in recent past that have shown that the brain is what we call plastic, which means it's able to be developed, even after certain connections have been laid down. So, for example, if you don't feel you're particularly good at math, by doing math games or things like Sudoku, you can actually stimulate and grow that part of your brain very much like you can grow your bicep with exercise. We've done things like functional MRIs, the scans that light up when used, that can increase those areas in the brain."

Ashton added some diseases favor one gender over the other.

"We know that," she said. "For example, women are more prone for depression, men tend to be more affected by things like (attention deficit disorder) and schizophrenia. This field is just in its infancy. We'll be learning a lot more about it."