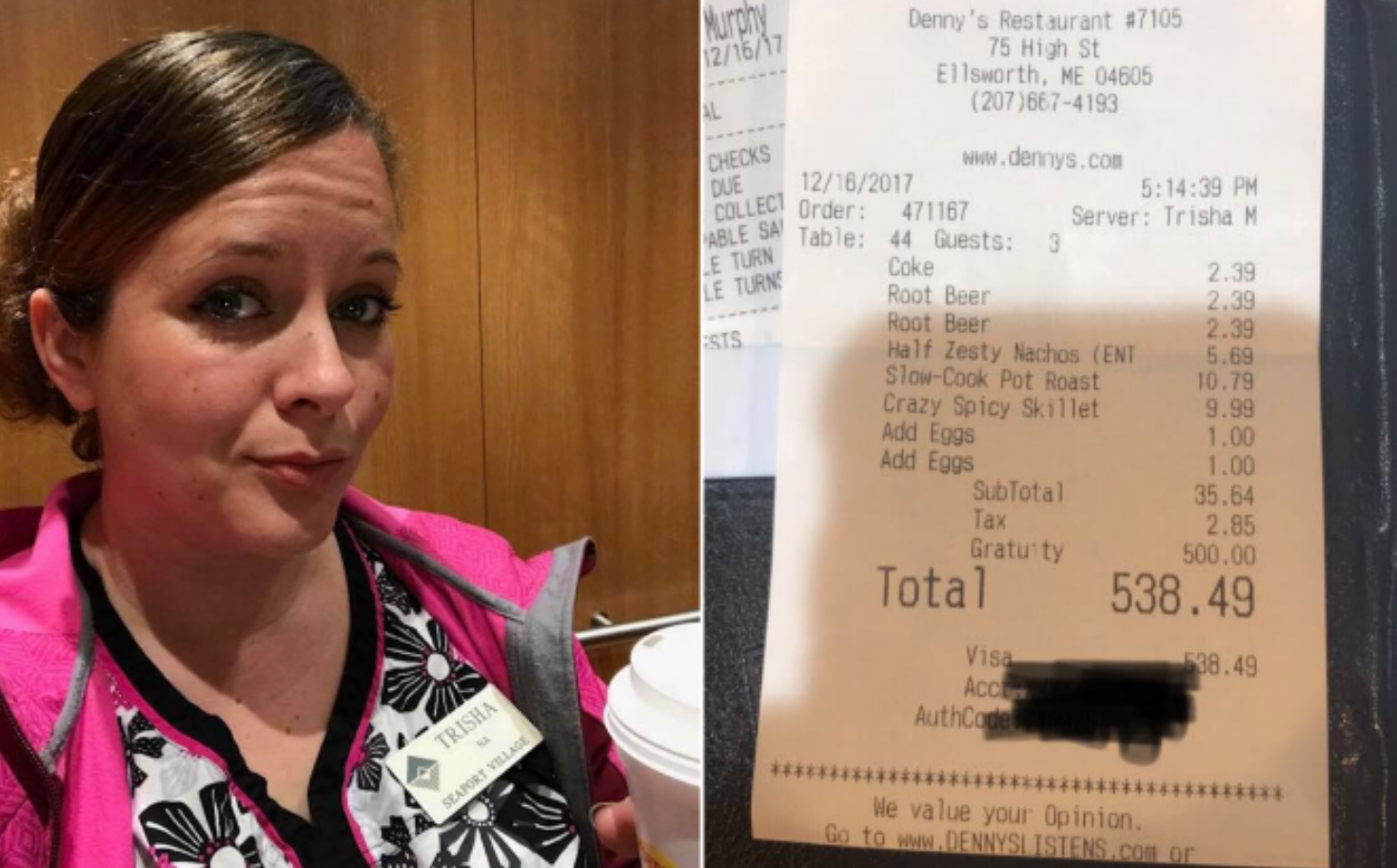 As a single mom, it's easy for Trisha Murphy to feel stressed from time to time. When she's not working at a nursing home or taking classes to become a certified nursing assistant, Murphy is picking up shifts as a waitress at Denny's.

On Saturday, the mom from Sullivan, Maine, was feeling particularly overwhelmed. Her Christmas shopping still wasn't done, her car had been towed -- with a $735 bill to boot -- and she was scrambling to get to work on time.

"I went into work, racking my brain as to how I was going to pull this off," Murphy said.

She considered picking up a couple extra shifts at the restaurant and doing some odd jobs to make some extra cash before the holidays, but realized that would mean she'd have to pay for a babysitter for her kids, ages 13, 11, 9 and 6.

Despite her concerns, Murphy painted on a smile as she waited on a table of three.

The group of men immediately struck up a conversation with the waitress, asking Murphy about her plans for the holidays. She told them she had four kids and how they were excited for Santa's arrival.

Murphy thought the customers were just being polite. But as she cleared their table and cashed out their $35 tab, her face turned "ghost white."

"When I saw the tip, I thought I was going to faint. I thought, for a second, that it was a mistake," she explained. "Then I had to fight back the tears."

The man flashed a smile and said, "Merry Christmas, dear."

She took to Facebook on Sunday to thank the stranger for the money, which she says she will use to get her car back.

"Now I'm able to spend the money I'll make this week on gifts for the kids," she added. "I don't have to stress about giving them a Christmas. I'll be able to spend more time with them than if I had had to work extra shifts to cover the deficit."

Murphy was so stunned by the kind gesture that she forgot to ask the man for his name. But as far as she's concerned, "Santa" paid a visit early this year.

"He literally saved Christmas for my children and I," Murphy said. "There are still genuinely good people in the world still. This man had never met me before, knew nothing about me, and did something that generous. I can't even fathom it, still."