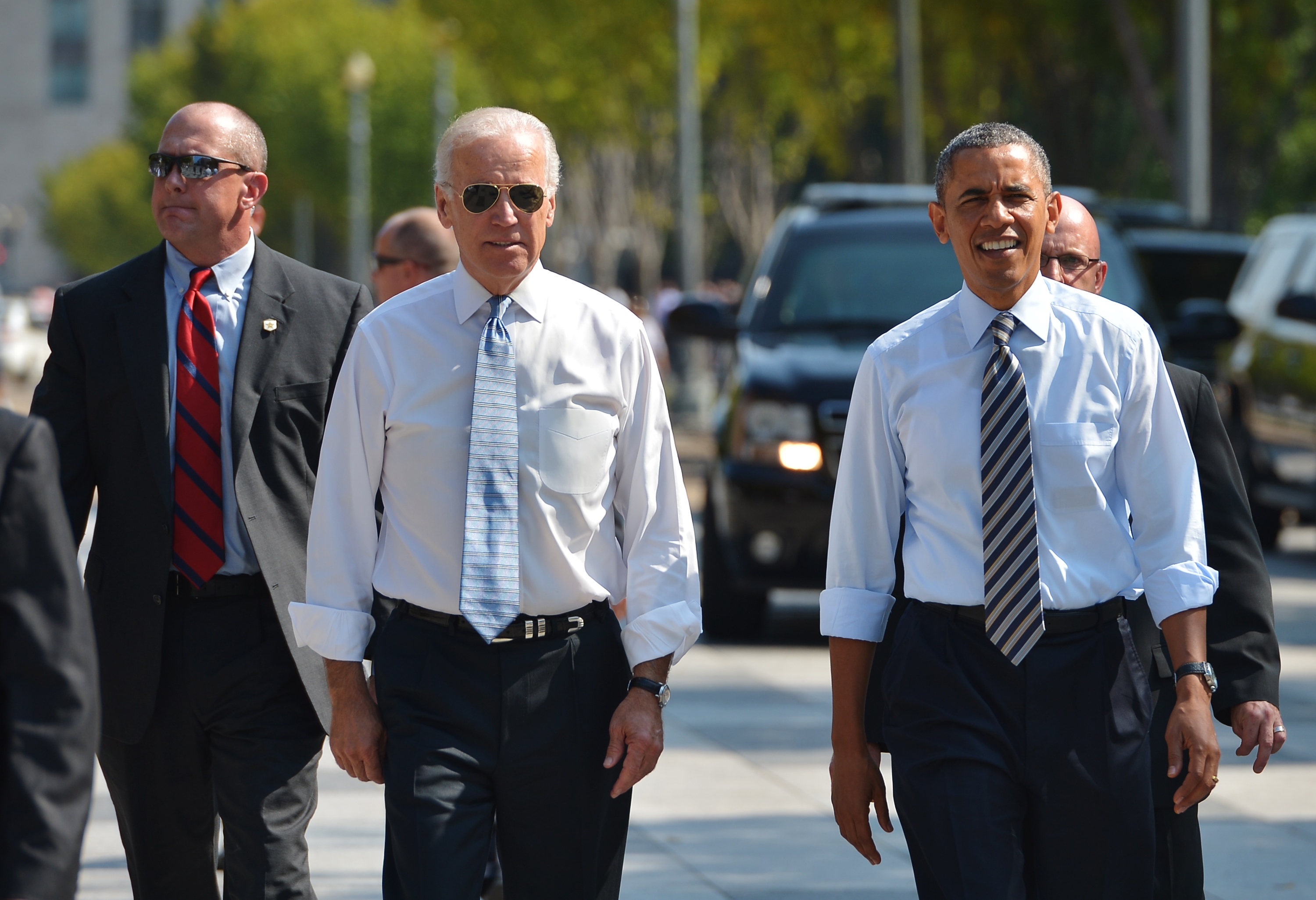 As lawmakers continue their negotiations over government funding, it's unclear -- even to some in Congress -- what their end game is.

Rep. Marlin Stutzman, R-Ind., has been skewered by his fellow lawmakers for admitting as much, when he told the Washington Examiner, "We're not going to be disrespected. We have to get something out of this. And I don't know what that even is."

While visiting a small business in Rockville, Md., on Thursday, President Obama retorted, "If you're being disrespected, it's because of that attitude you got, that you deserve something for doing your job."

In Stutzman's defense, the goal posts during the ongoing government spending debate have continued to move.

In September, Sen. Ted Cruz, R-Texas, representing conservatives in Congress, said he would do "everything necessary and anything possible to defund Obamacare," including attempting to filibuster any government funding bill that does not defund the health care law. A number of Republicans opposed that strategy, noting that the implementation of the health care law can't be stopped unless it is repealed outright. Indeed, a major portion of Obamacare when into effect on Tuesday -- the very day the government partially shut down.

Still, the House passed a spending bill (referred to as a continuing resolution, or CR) that would have kept the government open while attempting to defund Obamacare. The Senate quickly rejected it. After that, the House passed two subsequent spending bills that delayed the health care law for a year; those bills were also killed in the Senate.

In a memo to House Republicans Thursday, House Majority Leader Eric Cantor, R-Va., wrote, "We must also not forget what we are fighting for: fairness and equal treatment under the law. Under Obamacare."

On a discussion caught on mic Wednesday night, Sen. Rand Paul, R-Ky., told Senate Minority Leader Mitch McConnell, R-Ky., that softening their demand from defunding Obamacare to simply delaying it for a year was a winning strategy. "I think if we keep saying, 'We wanted to defund it, we fought for that, but now we're willing to compromise on this'... We're going to win this, I think."

Democrats, meanwhile, seem to think they're winning. An unnamed senior administration official told the Wall Street Journal, "We are winning... It doesn't really matter to us" how long the shutdown lasts "because what matters is the end result."

Again, the question is winning what?

"This isn't some damn game," House Speaker John Boehner, R-Ohio, said in response to that anonymous quote. "The American people don't want their government shut down, and neither do I. All we're asking for is to sit down and have a discussion and to bring fairness to the American people under Obamacare."

Mr. Obama on Friday responded to the quote, remarking, "There's no winning when families don't have certainty about whether or not they're going to get paid or not... As long as [federal workers are] off the job, nobody's winning, and that's the point. We should get this over with as soon as possible."

Senate Majority Leader Harry Reid, D-Nev., suggested on Friday that Republicans already won by getting Democrats to agree to a spending level $70 billion lower than what Democrats wanted.

"I'm not sure anyone comprehends... how difficult it was to negotiate the number that Speaker Boehner said we would have to agree to get a clean CR," Reid said. "I did that in the good faith that the compromise and negotiations I made with Speaker Boehner would bear fruit... I lived up to my end of the bargain."

At this point, Reid said, he couldn't agree to any "face-saving" deal for Republicans. "This isn't a date to the problem," he said. "This is our country."

Meanwhile, as the Republican attempts to dismantle Obamacare go nowhere, some are suggesting that they change their demands to focus on long-term fiscal issues -- and possibly combine discussions over re-opening the government with the upcoming debt limit deadline.

Boehner maintained on Friday that he intends to raise the debt limit, to ensure the nation doesn't default on its loans. However, he added, "I think the American people expect if we're going to raise the amount of money we can borrow we ought to do something about our spending and the lack of economic growth in our country."