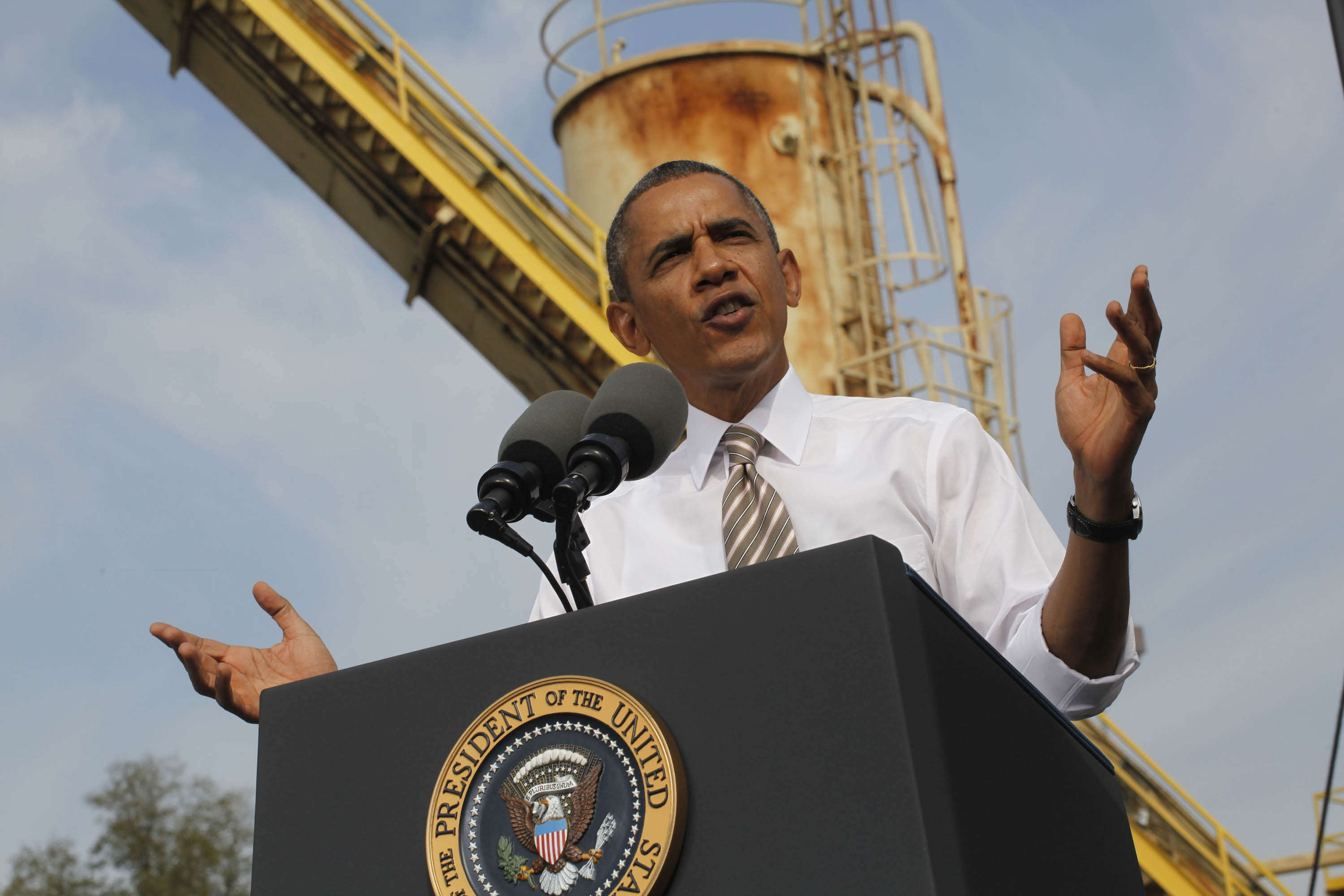 On Day 3 of the government shutdown, with no resolution in sight, President Obama turned up the heat on House Speaker John Boehner, R-Ohio, arguing that the speaker could single-handedly end the current stalemate by putting a spending bill up for a vote.

"If the Speaker of the House John Boehner simply let the bill get on the floor... the shutdown would end today," Mr. Obama said while visiting a construction business in Rockville, Md. "The only thing that is keeping the government shut down, the only thing preventing people from going back to work, and basic research from starting back up... is that Speaker John Boehner won't even let the bill get a yes-or-no vote because he doesn't want to anger he extremists in his party."

Some federal operations shut down on Tuesday because Republicans have insisted on using government funding legislation to modify the Affordable Care Act -- something Democrats have refused to do. The Democratic-led Senate did pass a government spending bill with no strings attached, but it has yet to make its way back to the House floor.

A handful of House Republicans have said they'd join Democrats in supporting a spending bill with no strings attached, in order to keep the government running for a more weeks while Congress negotiates larger budget issues. So far, however, Boehner has sided with the more conservative faction of the House.

Many congressmen who support a no-strings-attached spending bill (called a continuing resolution) think that if the bill were put up for a vote, more than 100 Republicans would vote for it, CBS News' Nancy Cordes reports from Capitol Hill. However, unless more of them go public with that position, Boehner won't be compelled to undertake a change in strategy.

"We've heard a lot from congressional Republicans saying they don't' want this shutdown," Mr. Obama said Thursday. "There's a simple way to prove that... Call for a vote. Put it on the floor and let every individual member of Congress make up their own minds."

Mr. Obama met with congressional leaders Wednesday evening at the White House for the first time since the government shut down, but afterwards, they appeared no closer to a resolution. On Thursday morning, House Majority Leader Eric Cantor, R-Va., reiterated the GOP position that "there should not be any special treatment" under the Affordable Care Act, which is why they're insisting on amending it.

Also on Wednesday, Mr. Obama said in an interview with CNBC that while partisan gridlock in Washington in typical, "This time's different." Wall Street should be "concerned," he said, now that the government is closed for business and the debt limit deadline is just around the corner. If Congress doesn't raise the debt limit (the nation's legal borrowing authority) by Oct. 17, the U.S. risks defaulting on its loans.

On Thursday, the Treasury Department released a report on the potential economic impact of debt ceiling brinksmanship, noting that a default could freeze credit markets, sink the value of hte dollar and send interest rates skyrocketing.

Mr. Obama warned Thursday that for all of the negative consequences of a government shutdown, "an economic shutdown that results from default would be dramatically worse."

He reiterated that he will not negotiate over the debt limit.

To argue that Republicans have been negligent in their governing duties, Mr. Obama cited a quote from Rep. Marlin Stutzman, R-Ind., who told the Washington Examiner, "We're not going to be disrespected. We have to get something out of this. And I don't know what that even is."

He added, "If you're being disrespected, it's because of that attitude you got, that you deserve something for doing your job."