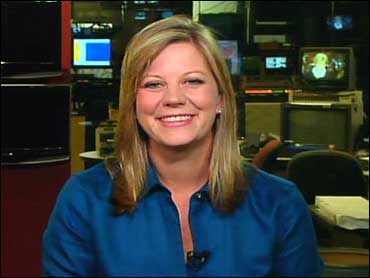 Authorities said Tuesday they believe a toddler who vanished on a mountain hike 3½ years ago was attacked by an animal, probably a mountain lion.

Jaryd's fleece pullover, tattered pants and shoes were found in the Comanche Peak Wilderness Area west of Fort Collins, several hundred feet above the trail where he disappeared on Oct. 2, 1999. He was on a hiking trip that day with a church group, and had been running ahead.

Two fishermen who saw him later told search crews he asked them whether there were bears in the woods. Searchers spent six days in the area after Jaryd vanished but found nothing.

No remains have been found, but Alderden said search teams will return to the site Saturday. He also said officials will test two hairs found on the clothing to determine their origin.

The boy's father, Allyn Atadero, said he was not yet certain Jaryd was dead.

"The clothes don't tell me what happened. All we can do is speculate," he said. "I would give anything to hold any part of Jaryd right now."

The sheriff said the case appears to be consistent with an attack by a mountain lion, but said authorities may never learn what happened.

"I'm not optimistic that we will find anything conclusive," he said.

Fred Quartarone of the state Division of Wildlife said mountain lions can reach 150 pounds; Jaryd weighed 35 pounds when he disappeared.

Sheriff's deputies told Atadero about the clothing and e-mailed him photos of the discovery. In the photos, the jacket appeared intact, and the boy's tennis shoes also appeared unscathed, but the pants appear to be turned inside out and the right leg is missing.

Forensics expert Jack Swanburg said it's not unusual to find clothes without a body in the wilderness because of scavenger animals.