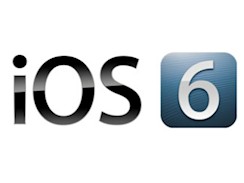 (MoneyWatch) Today's the day: Apple's (AAPL) latest mobile operating system, iOS 6, is available for your existing iPhones and iPads. (If you want iOS 6 wrapped in a shiny new iPhone 5, you'll still have to wait until September 21.)

But what exactly is under the hood? Is iOS 6 worth the time and trouble (no cost; it's free) to install if you don't have a faster processor and larger screen to take advantage of the flashier features? Here's a roundup of all the most interesting stuff Apple packed into the new iPhone operating system -- read it and then decide for yourself:

New maps. Perhaps the biggest news is that Apple has implemented its own mapping software and given Google Maps the boot. Industry competition aside, this is a pretty nice deal for iPhone users, since Apple's map app includes free turn-by-turn driving directions -- a first for the iPhone. That said, Apple's maps aren't as polished as Google's (GOOG) offerings, with the search giant having about a decade head start in this arena.

Apple sells out initial iPhone 5 run in an hourApple iPhone 5: Innovation takes a holidayAre you eligible to pre-order the iPhone 5?

Phone enhancements. The iPhone is, first and foremost, a phone. Or at least, that's what it's supposed to be. Apple has made some fundamental improvements to the phone features for the first time in years. Now there's a "do not disturb" mode in which you can tell take your iPhone "off the hook" for set periods of time. But you can designate certain "VIPs" who can still get through, allowing you to temporarily keep the world at bay while remaining accessible for the most important calls. There's also an option to reply to people via text right from within the phone app.

Email upgrades. Likewise, I'm very excited about the VIP treatment you can give to certain email contacts, whose messages bubble to the top of a new inbox.

Panorama mode. Your camera can now automatically build a panoramic photo when you pan the phone from one side of a scene to the other. Apparently, no more need for those panoramic stitching apps.

Those are the highlights, but there are other improvements as well. Apple's voice-activated virtual assistant, Siri, is now smarter, with the ability to make OpenTable reservations, for example. And if you enjoy jerky, low-res FaceTime, you can now do that over cellular rather than just Wi-Fi.

Want to get the update? Just open iTunes on your PC, plug in your iPhone, and choose "Help, Check for Updates."