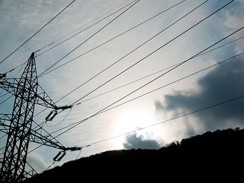 (MoneyWatch) Whether or not you think the Federal Reserve has done a good job of managing monetary policy, it has been very successful at driving interest rates down and keeping them down. Unfortunately, while helping the economy recover, central bankers have effectively thrown senior citizens -- who often depend heavily on interest income -- and savers in general under the proverbial bus.

For many, safe bond investments no longer generate the interest income they need to meet expenses. This is causing them to take on incremental risk in their search for greater yields. Today, we'll look at one such alternative strategy: investing in utility stocks.

Utilities are popular now because their stocks have done well recently. Investors are notorious performance-chasers, buying yesterday's winners (at high prices). Unfortunately, buying yesterday's winners usually leads to the same problem that you would have if you were driving forward while looking at the rear view window. (You'll likely crash.) Dartmouth professor Kenneth French's Web site provides us with historical data on not only the stock market as a whole, but also individual asset classes and various sectors, including utilities.

There are other important points to consider. While many think of utilities as relatively safe investments (their high standard deviation should be enough to change that view), they can even go bankrupt, as PG&E did in 2001. They can also cut, or even eliminate, their dividends. As the Dividend Growth Investor points out on Seeking Alpha, only a few of the 15 companies included in the Dow Jones Utilities Index haven't cut their dividend over the past few decades.

However, dividends remain an important consideration, as much of utilities' return comes from dividends. On January 1, dividends will once again be taxed at the much higher ordinary income tax rates (as well as being subject to the new Medicare tax of 3.8 percent). Capital gains will still receive preferential treatment. Thus, taxable investors should prefer their return in the form of capital gains.

Finally, I would add this important consideration: Owning individual utilities creates the problem of concentration risk in stocks, risk that can be eliminated by owning broad asset class funds or a total stock market fund.

The evidence demonstrates that utilities are a very different animal than safe bonds, the kind I recommend buying, such as Treasuries, government agencies and AAA/AA rated municipal bonds.