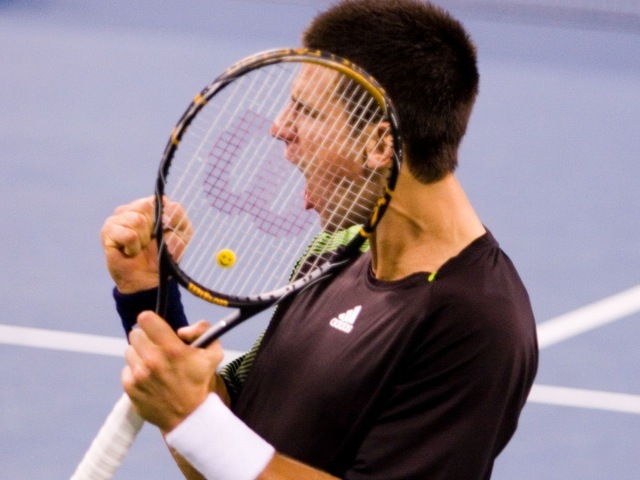 (MoneyWatch) COMMENTARY Quick: If I say, "Don't bring your emotional baggage to work," what comes to mind? Probably a vision of you, your boss or a coworker letting someone have it because of some issues at home.

While we can all agree that's not a good thing to do, the idea of parking your emotions at the door when you show up for work is entirely unrealistic. After all, compartmentalizing your emotional state is more or less psychopathic, as any good shrink could tell you.

Even if you could do that, you'd be making a big mistake. Emotions play a big role in how you perform at work and your career success. That said, they could do more harm than good depending on your level of self-awareness. That's what self-limiting or self-destructive behavior is all about.

Work-life balance: A common sense approach
The secret to success: FeedbackHow to know -- and conquer -- yourself

Don't get me wrong; I've had more than my fair share of issues and regrettable displays of emotion at work, especially in my younger days. That's probably why I know so much about it. You can learn a lot dealing with your own issues, that's for sure.

Contrary to popular wisdom, the last thing you want to do with emotions is lock them up somewhere before you come to work. Following are a couple of real-world examples to help explain how to get them to work for you and not against you.

My first senior executive job was a terrifying experience. It was my first time as an officer of a public company, the job had tremendous public exposure and I had to commute halfway across the country on a weekly basis. As if that wasn't enough, six months in my wife got fed up and left. Emotionally, I was a mess.

Was it stressful? Absolutely. But that two-and-a half year period was hands down the peak of professional performance, growth and fulfillment for me. Why? I was passionate about what I was doing and I used what I was feeling as motivation. I was determined to meet the challenge head on and overcome those obstacles. It became my mission in life.

Not to leave you hanging: The company was eventually acquired for $600 million and my wife and I did get back together.

Fast forward to the present, I just learned that I didn't land a consulting gig I'd been trying to get. No matter how long I've been around, it's still a letdown. There's just no denying those old familiar feelings of rejection and failure.

For the next couple of days I won't be in the greatest mood and I'll probably tend to be a little short with people. Since I'm aware of that, I can guard against it. But if you try to deny those feelings and make believe they're not there, chances are you will take it out on others. That's where problems arise at work.

With that in mind, here's a four-step process for dealing with your emotional state at work:

Step 1: Awareness. Before you walk into work or a meeting, try to discern what you're feeling. It's not as obvious or simple as it sounds. The human mind is very good at burying in the subconscious what the conscious mind may not want to deal with. What you want to determine is if your mood is either significantly better or worse than usual.

Step 2: Understanding. Once you determine that you're feeling something unusual, whatever you do, don't try to ignore it or think it away. Emotions are critical signs of what's going on inside you. Instead, try to find some alone time and get to the bottom of what's really going on.

Step 3: Motivation. As we discussed in the first story above, sometimes emotions can be powerful motivators. They can drive you to do great things, perhaps to prove to yourself what you're capable of doing in spite of the obstacles. On the other hand, if you're not as self-aware, that's when you become your own worst enemy.

Step 4: Behavior. If you know you're dealing with some unusual emotions, try to be aware of your behavior. You might be more grandiose or short-tempered than usual, and that's important to know so you can give others a heads up and pay attention to feedback. If they see what you're not aware of, that's not a good sign. Don't just brush it off.

Whatever you do, don't use employees, coworkers or customers as either emotional punching bags or as personal confidants. Not only is that crossing a line, it's self-destructive behavior because, on some level, you know it's wrong and you're doing it anyway. And that means you're not as self-aware as you might think you are.