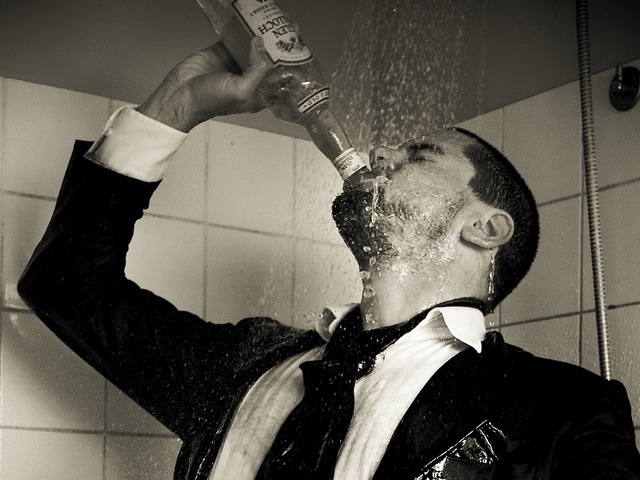 (MoneyWatch) COMMENTARY A few recent articles use Google vice president Marissa Mayer as a model for how swamped executives should handle the extraordinary demands of their jobs without burning out.

What a spectacularly bad idea.

Mayer says she typically works 90-hour weeks packed with 60 meetings. In Google's early years, she says she worked 130-hour weeks by being "strategic about when you shower and sleeping under your desk."

Why doesn't she succumb to burnout, working nearly all the time, year in and year out? "I don't really believe in burnout. A lot of people work really hard for decades and decades, like Winston Churchill and Einstein," she says. And she schedules a week off every six months or so.

Let me say this about that. I did the math. The woman works all the time. She loves what she does. She has $300 million or so in the bank. She's happy. Good for her. I'm happy she's happy. But it's a rare case that nobody, and I mean nobody, should use as a model for how to work, how to live, or how to avoid burnout. Period.

Now for something that may make a little more sense to mere mortals like you and me.

Work-life balance: A common sense approach
How to create a culture of innovation
An open letter to Google CEO Larry Page

There's so much written about work-life balance and time management these days, it's easy to get lost. And I, for one, am no expert on either. What I can say with absolute confidence, however, is that, over a 30-year career, there were times when I worked my tail off, times when I had loads of fun, and times when I was lucky enough to combine the two. Looking back on it, I have few regrets and none that I can't live with.

Sure, I made some sacrifices, but who doesn't? That is perhaps the only thing Mayer and I agree on. You can't have it all so you have to figure out what's really important to you. Amen to that. Here are a few more not-so-obvious insights into how to be a functioning workaholic, whether you chose that lifestyle or it was thrust upon you.

What's a workaholic? Somebody who puts work first, works more than he should, gets in trouble with his wife about it, maybe misses the birth of a child or two, obsesses about work, is "on" 24x7, has trouble not working when she doesn't have to, that sort of thing. Anyway, it's always good to know what you're dealing with.

Don't be over-the-top proud of it. If you chose the lifestyle, you should definitely be comfortable with that. But don't go running around shouting about it to everyone who'll listen or wear it like some sort of badge of honor. That's just annoying. You should never apologize for the life you choose, but there's nothing especially noble about being a workaholic, either. And don't complain. That's even more annoying.

Work your tail off when you have to; not when you don't. That's how I did it and it worked great. When duty called, I was there as needed. A quick trip for a meeting in Japan, a week or two on the road, long days and nights, that's why executives make the big bucks. But when things simmered down, so did I. I chilled plenty. No guilt, either. That way, it all evens out. Magically, no burnout.

Have fun doing it. Yes, I know that's easy to say, but if you're not passionate about what you're doing, if it isn't fun on at least some level, you'll never be able to handle the workaholic grind. You'll make yourself and everyone around you miserable. You'll ruin your health and your life. Don't bother. You have to find something that turns you on in some material way to be able to work hard at it.

Know the signs of burnout. Okay, so the truth is that there were situations when I wasn't happy. It had more to do with the company, the culture or my boss than the work itself. Those, in my opinion, are more common causes of burnout than just working long hours. Anyway, burnout is when you're miserable all the time and there's no end in sight. Watch out for the signs.

Don't be a dope and sacrifice your health for work or anything else, for that matter. If you can work consistent 90-hour weeks for years and pull off looking and coming across as well as Mayer does, be my guest. Knock yourself out. However, in 30 plus years working in and around the high-tech industry, I've rarely seen it. But then, just about everyone I know is actually human.