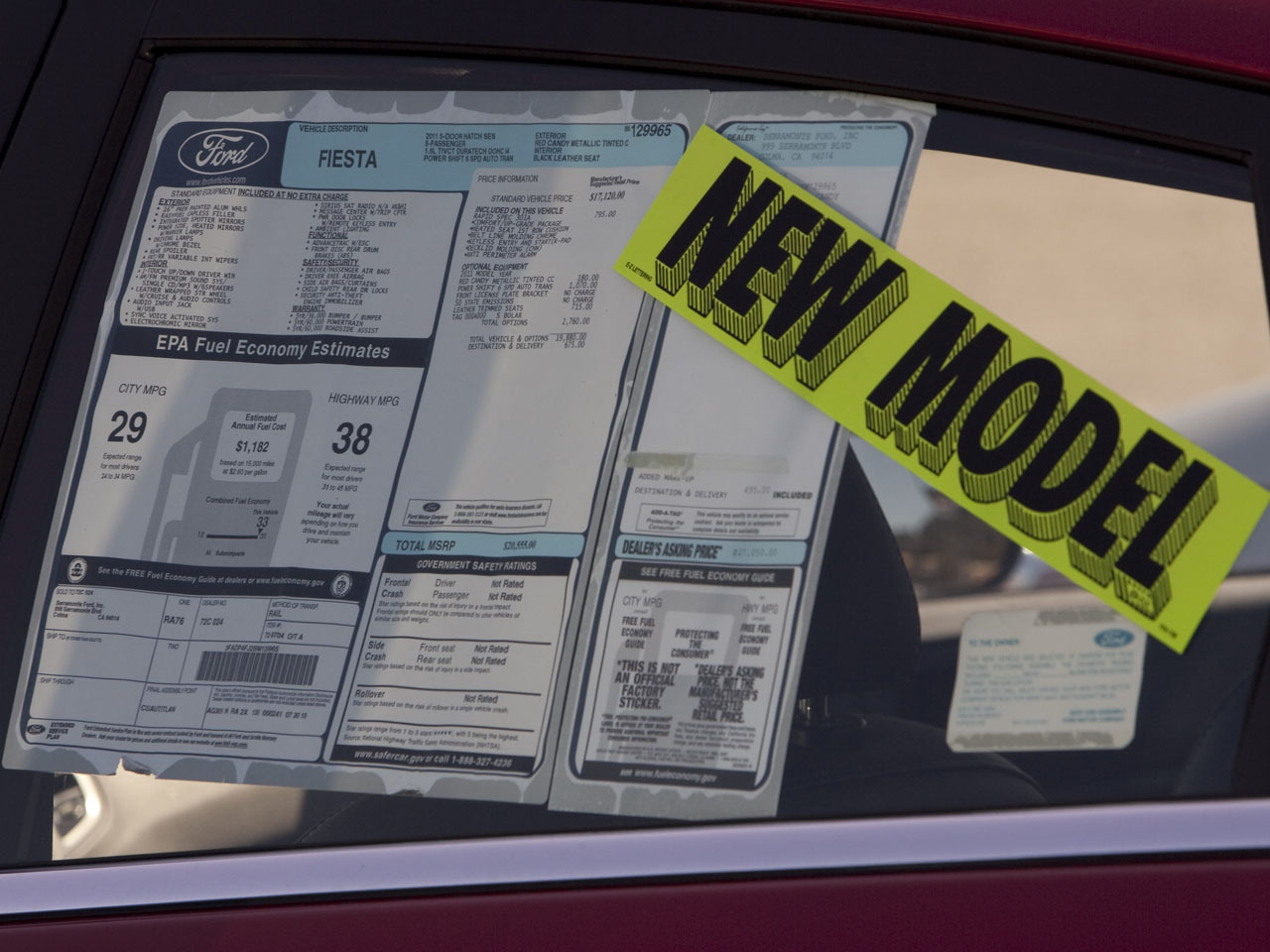 (MoneyWatch) Like dieters who discover their food has more calories than stated on the label, hybrid car buyers who don't match the car's gas mileage ratings get angry. After complaints and even some lawsuits, Ford announced last week that it was lowering the ratings on its C-Max hybrid from a combined city-highway 47 MPG to 43.

The lower rating for the C-Max crossover hatchback (45 city, 40 highway) ends its rating advantage over its targeted competition, the Toyota Prius V (44 city, 40 highway, 42 combined.) In addition to consumer complaints, testers at Consumer Reports found that both the C-Max and the Ford Fusion hybrid sedan with the same hybrid system fell short of their MPG ratings. The EPA, which regulates MPG tests, said it was reviewing the C-Max numbers but that Ford had not broken its rules on the testing.

If you are shopping for a hybrid, gas mileage is among your biggest concerns. So you want to pay special attention to how the MPG ratings may translate to your real-world mileage. "Your mileage may vary" is nothing new in car advertising disclaimers. But hybrid power plants, which use an electric engine to start the car at low speeds and then phase in a gasoline engine when more power is needed, present special problems. "Hybrids perform best in slow, stop-and go city traffic while for many people the daily drive is spent mostly on the freeways," notes John O'Dell, green car analyst for auto web site Edmunds.com.

An additional problem cited by O'Dell is that any type of aggressive driving such as quick starts or frequent braking and lane changing will penalize the gas mileage on a hybrid just as on an all-gasoline car. He said Edmunds testers had been able to match the original 47 MPG combined rating of the C-Max but only with careful driving aimed at maximizing mileage. Aggressive individual driving style can lower mileage by as much as 18 percent, according to fuel economy researchers at Oak Ridge National Laboratory.

So if you are considering buying a hybrid vehicle, look at these factors:

As auto companies push to meet tightening federal MPG standards, new hybrids come to market every year. One of them may indeed be the right choice for you. Just be sure you avoid disappointment by making a careful assessment of what your real-world mileage is likely to be.