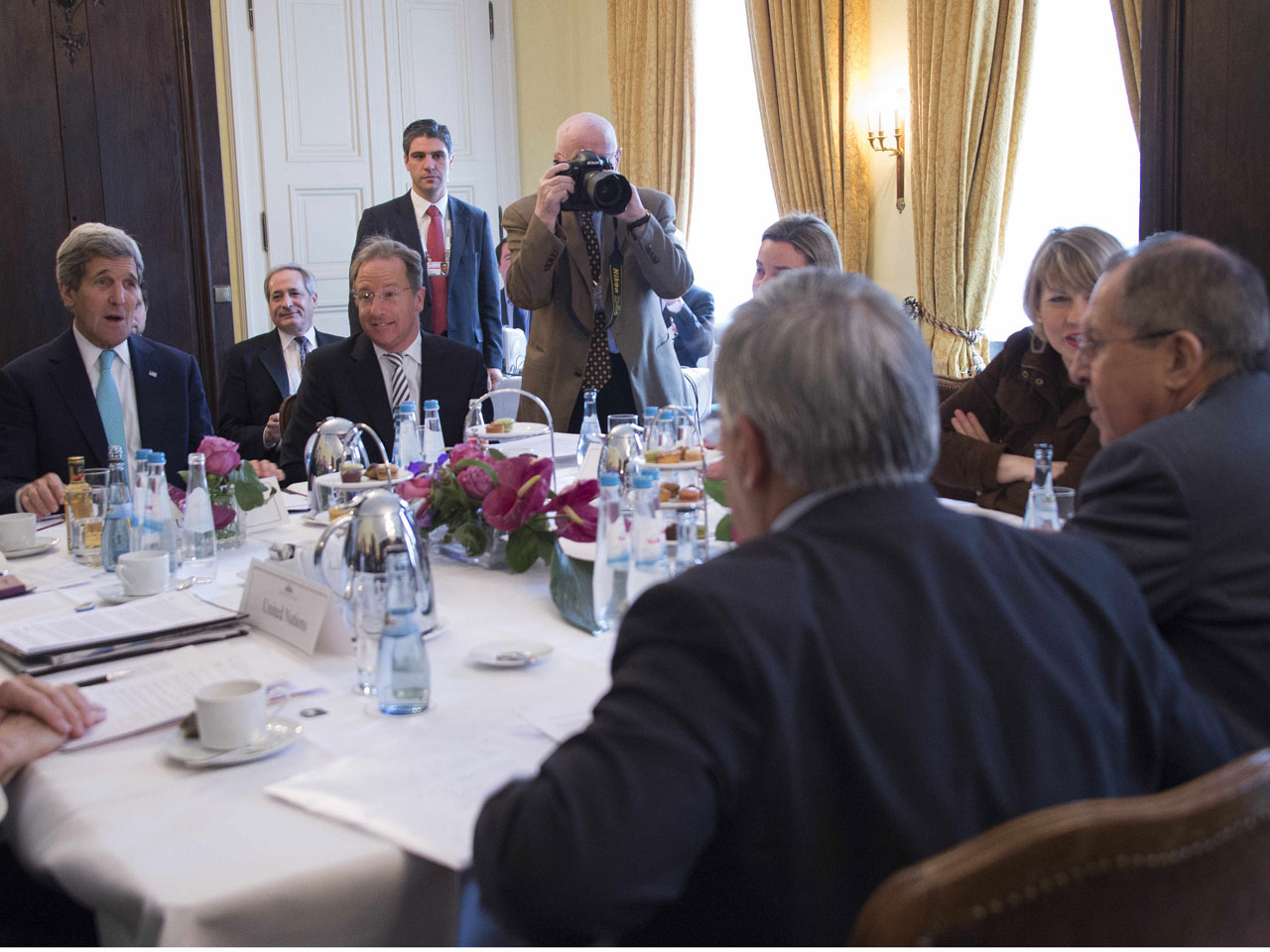 MUNICH - The leaders of Germany, France, Russia and Ukraine aim to hold a summit in Minsk this week as they try to stem fighting in eastern Ukraine, officials in Germany and France said Sunday.

The aim is to draw up a package of measures that breathes new life into a much-violated September peace plan. Seibert and the French government said preparations for the summit will take place Monday in Berlin, without elaborating.

There will also be a meeting in Minsk by Wednesday of the signatories to last September's accord, including Russia, Ukraine and representatives of separatists in eastern Ukraine, they said.

Before the summit Merkel, who met Friday night in Moscow with Russian President Vladimir Putin, is scheduled to meet with President Barack Obama in Washington Monday on a previously scheduled trip.

At an international security conference in Munich, U.S. Secretary of State John Kerry said the U.S. and its European allies are "united in our diplomacy" on Ukraine. He said the U.S. supports efforts by France and Germany to produce a new plan to end the conflict that is now raging in east Ukraine.

Kerry denied that there is a U.S.-Europe rift over how to respond to the crisis and how to deal with Russia's role in it despite a debate over whether to arm the government in Kiev.

"There is no division, there is no split," Kerry said. "I keep hearing people trying to create one. We are united, we are working closely together."

His comments came amid reports of a deep trans-Atlantic rift over the Obama administration's consideration of providing defensive weaponry to Kiev. Germany and France oppose such a move, saying it could lead to an escalation and that they do not believe the conflict can be resolved militarily. Russia, which is accused of supporting separatist rebels in eastern Ukraine, has said the introduction of U.S.-supplied weaponry will have grave consequences.

The United States and other Western countries contend Russia has supplied troops and equipment to the separatists in eastern Ukraine who have been fighting Ukrainian government forces since April. Russia denies the claims.

Kerry said the United States agrees that there is no military solution to the Ukraine crisis that has now killed more than 5,300 people, according to the United Nations.

At the same time, U.S. officials say Obama is rethinking his previous opposition to sending arms to Ukraine despite fears it could lead to a proxy war between Washington and Moscow. The officials have, however, suggested that any such weaponry would be intended to help Kiev defend itself once a peace agreement is reached.

Kerry likened the U.S.-European debate over arms to previous consultations over the breadth and strength of sanctions against Russia.

"The discussion taking place today is absolutely no different - it's tactical, it is not strategic," Kerry said. "On the fundamental goal with respect to Ukraine, we are absolutely united ... we want a diplomatic solution."