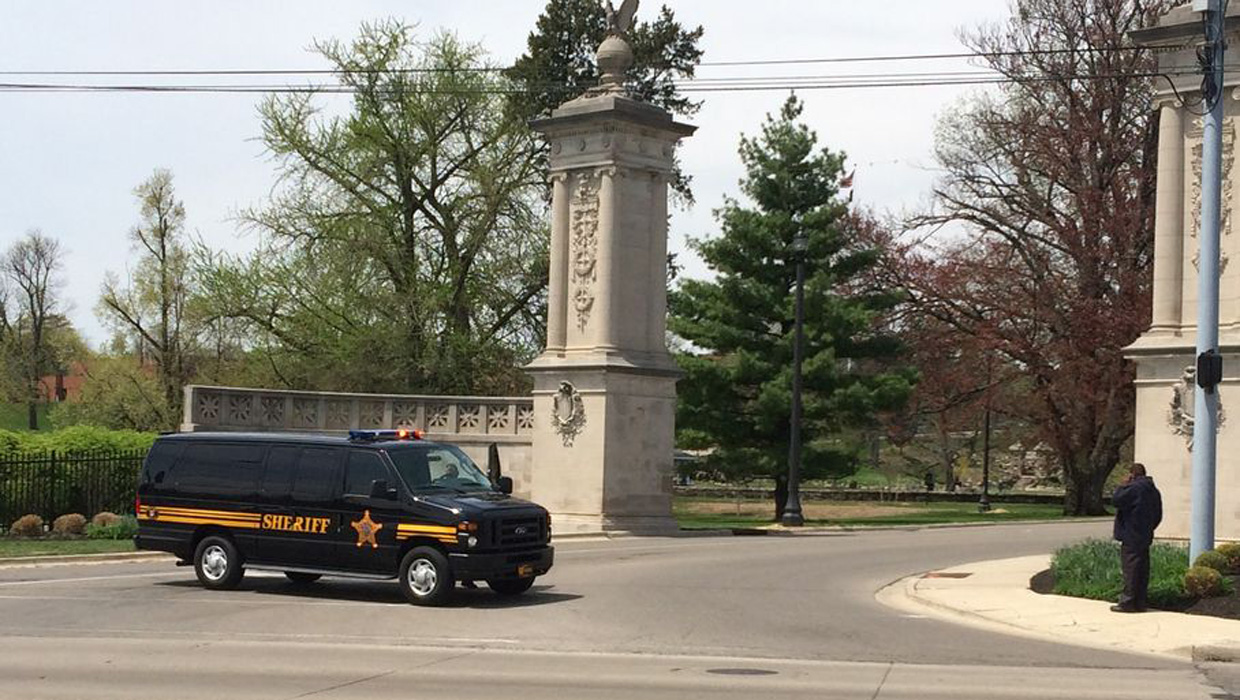 DAYTON, Ohio - A shooting at a Veterans Affairs hospital on Monday left one person with a minor injury and a suspect in police custody, according to a Dayton city official, CBS affiliate WHIO reported.

The station said Dayton police identified the suspect as 59-year-old Neil Moore, and said the shooting victim struggled with Moore over the weapon. Police said Moore is a former employee of the hospital who retired from the housekeeping department.

He was taken into custody Monday afternoon after someone dropped him off at another hospital, Dayton city spokesman Bryan Taulbee said.

A law enforcement source told CBS News the suspect was wearing a black jacket with a Marine Corps emblem on it.

One person suffered a minor leg injury at the Dayton VA clinic, said Taulbee, who didn't know if the victim was a man or woman. The suspect is from suburban Dayton, and there were no other shooters involved, Taulbee said.

The report of the shooting first went out just after 12:15 p.m.

Dayton police had checked room-to-room for the shooter, according to police dispatches.

Lori Walker, an employee in the mental health area, said the center was put on "code silver" to lock all offices, and a few minutes later, she and others were told to evacuate by police. Walker said she did not hear any gunfire.

By about 1:25 p.m., police had given the all-clear to employees at the center and were interviewing witnesses, according to an employee and police dispatches, WHIO reported.

The VA facility has beds for about 450 people and provides veterans with medical, mental health and nursing home care.

Four years ago, an Iraq War Army veteran wearing military fatigues fatally shot himself at a monument to soldiers outside the same hospital. The man, Jesse C. Huff, had been a patient there. He had been wounded by an explosive device in Iraq.