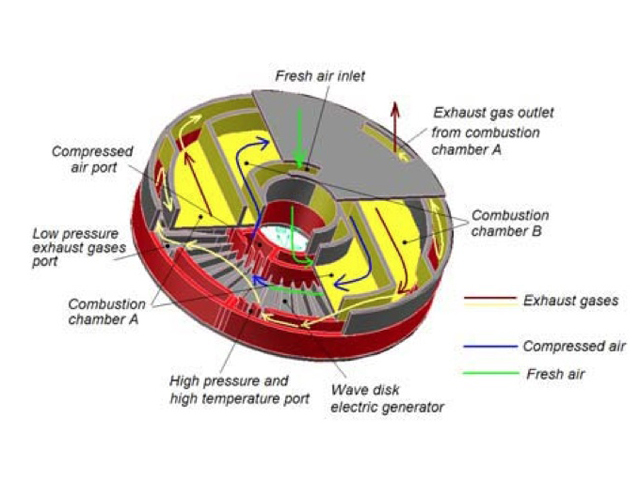 Despite several attempts to take technology in a different direction, Gottlieb Daimler's century-plus-old still invention of the internal combustion engine still reigns supreme - though it's not been for a lack of trying.

In the mid-1990s, for example, the noted technology venture capitalist Ben Rosen gained attention for an ambitious plan to commercialize an engine alternative which featured a small turbogenerator and a carbon-fiber flywheel. He was even able to demo the technology for a road test. But the idea failed to catch on and after four years and $24 million down the drain, Rosen and his brother (who had co-founded Rosen Motors), decided to shut down their project after failing to interest any big automakers.

But with $4 a gallon gasoline signs moving from worst-case scenario to no big deal anymore, the impetus to invent our way out of the energy crisis remains stronger than ever. And now, a team of researchers is reporting progress for an idea featuring a prototype generator for hybrid automobile engines that does not use pistons, crankshafts or valves.

If it works as advertised, the so-called Wave Disk Engine would use shock waves to more efficiently compress fuel and transmit energy. The research team at Michigan State University claims that its prototype could potentially decrease auto emissions by up to 90 percent. The invention, which doesn't have a radiator or valve train, uses a generator connection to serve as a vehicle's engine, according to Norbert Mueller, an associate professor of Mechanical Engineering at MSU.

The idea here being that compression becomes more efficient if there are no moving parts involved in the process. The MSU team contends that their prototype thus would more efficiently process automobile fuel. What's more, they estimate it would subtract almost 1,000 pounds from the weight of a car that now gets taken up in the way of a conventional engine, transmission, cooling system, emissions, and fluids. Vehicles incorporating the system would be able to run on myriad fuels - including compressed natural gas, hydrogen, gas or renewable fuels.(You can listen to Mueller explain this in more detail in the above video filmed a couple of years ago when MSU received the grant to undertake the project).

The prototype was presented last week to the Advanced Research Projects Agency Energy,, which is backing the Michigan State University Engine Research Laboratory with $2.5 million in funding. Also, check out this 2008 paper on wave disk technology.