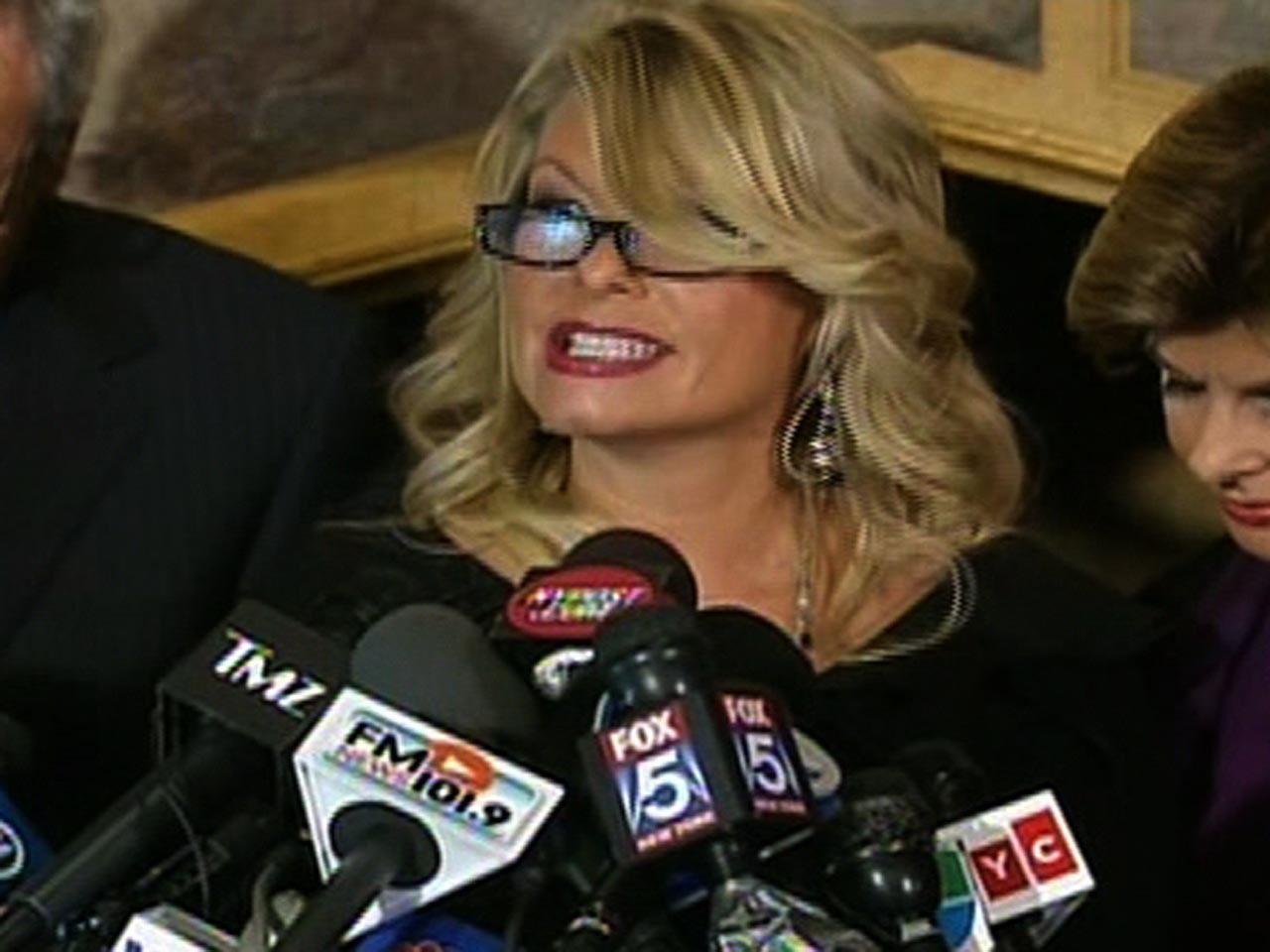 Sharon Bialek insisted Tuesday that her explosive allegation of Herman Cain's sexual entitlement is true and she came forward with her story from 1997 because she wanted to help the Republican candidate in his bid to unseat President Obama.

"I actually did it because I wanted to help him. I wanted to give him a platform to come clean, to tell the truth," Bialek said on CBS' The Early Show.

"And he still hasn't done it and it's really a shame because he could have," she said.

Bialek on Monday alleged that Cain tried to get sexual favors from her more than a decade ago in exchange for his help finding her a new job just after she had lost her post at an arm of the restaurant association he was running at the time.

She is the fourth woman who has accused Cain of sexually inappropriate behavior in the late 1990s, but the first to go public with her charges. She outlined her story in detail at a high-profile New York City press conference at the Friars Club with her attorney, Gloria Allred at her side.

She said the Georgia businessman put his hand under her skirt and pushed her head toward his crotch while they were in a car together after a dinner where she had wanted to discuss ways he might be able to help her find employment.

When she asked what he was doing, she said he responded by rhetorically asking her: "You want a job, right?" She said he backed away after she asked him to stop. Bialek does not plan to sell her story or file a lawsuit against the former chief executive of Godfather's pizza.

Bialek said she was let go from the National Restaurant Association's Educational Foundation in the summer of 1997. Cain was chief executive of the NRA at the time.

Cain later Monday told late-night talk show host Jimmy Kimmel that her story is a "totally fabricated"and "there is not an ounce of truth to these allegations."

Cain has scheduled a news conference in Phoenix Tuesday in an attempt to quell the growing scandal surrounding his campaign.

Asked if she would consider voting for Cain if he came clean, Bialek did not rule it out.

Following Bialek's media appearancesTuesday morning and prior to the candidate's 5:00 PM ET press conference, the Cain campaign issued an email questioning his accuser's motives and character. Under the subject line, "Who is Sharon Bialek?" the email lays out Bialek's history of filing civil lawsuits as well as her shaky financial history to put her motives into question.

"The fact is that Ms. Bialek has had a long and troubled history, from the courts to personal finances - which may help explain why she has come forward 14 years after an alleged incident with Mr. Cain, powered by celebrity attorney and long term Democrat donor Gloria Allred," the email says.