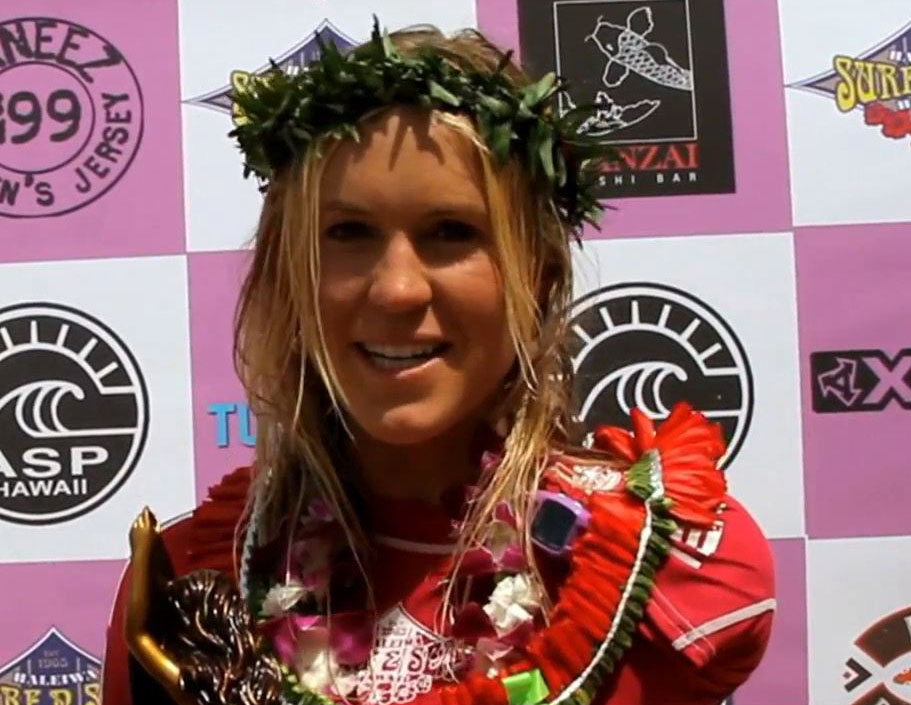 The "Soul Surfer" is a winner again.

Bethany Hamilton, who lost her left arm in a shark attack, won the Surf N Sea Pipeline Women's Pro, a major event in women's surfing held at the Banzai Pipeline, a surf reef off Oahu's North Shore in Hawaii.

Thursday's win was the first in nearly a decade for the 24-year-old Hamilton, who got scores of 7.25 and 7.55 in 3- to 5-foot wave faces to beat out two fellow Hawaiians and a Japanese surfer.

"I usually lose so this was great," Hamilton said, according to the TransWorld Surf website. "In my first heat I got a little barrel and I wasn't even expecting it but I always keep my eye out because you never know out here and I kind of tucked in and I made it out and that was a pleasant surprise."

Then 13 years old, Hamilton was a rising young surfing star in 2003 when a 14-foot tiger shark bit off her left arm. Although the injury might have ended her career, Hamilton returned to the water just one month after the attack. A little over a year later, she won her first national title.

She told her story in an autobiography and was also the subject of a 2011 movie, "Soul Surfer," starring AnnaSophia Robb.

Hamilton married Adam Dirks in 2013 and is involved in numerous charities, including her own foundation, Friends of Bethany, which supports shark attack survivors and amputees.