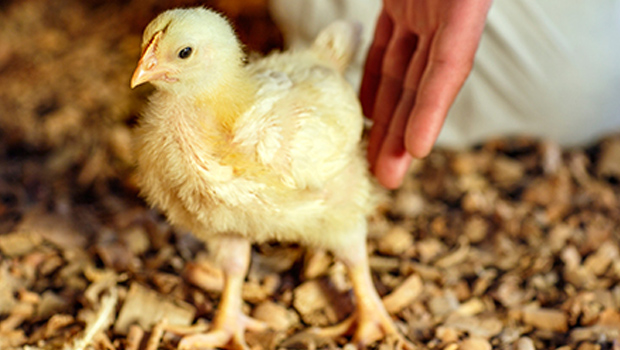 NEW YORK Shares of Zoetis (ZTS), formerly the animal health unit of Pfizer (PFE), surged in their trading debut Friday after the company's IPO raised $2.2 billion - the largest IPO by a U.S. company since Facebook (FB) raised $16 billion last May.

Pfizer, the world's largest drugmaker by revenue, has an ownership stake of at least 80 percent in Zoetis after the initial public offering of stock.

Investors may have been attracted to the animal health company because of its growth potential as people in developed countries spend more on their pets and farmers in developing countries raise more livestock to satisfy growing demand for meat as consumers' incomes rise. Prices are also stable because insurance plans are rarely involved in setting them, and generic competition is rare.

The spinoff is part of Pfizer's ongoing effort to appease shareholders. Many have been unhappy since Pfizer halved its 32-cent dividend four years ago to help fund its $68 billion acquisition of Wyeth. Pfizer also sold off its nutrition business for $11.5 billion late last year and has been gradually increasing the dividend, so far to 24 cents.

The proceeds from the Zoetis IPO went to retire Pfizer debt.

Pfizer is likely to cut back its stake with further stock sales, said Scott Sweet, senior managing partner at IPOBoutique.com, which invests in IPOs and advises other investors on the deals.

With annual sales of about $4.2 billion, Zoetis is the world's largest maker of medicines for pets and farm animals. It invests $400 million in research and development per year, which its CEO, Juan Ramon Alaix, the former president of Pfizer Animal Health, said is the most in the industry. The company is using that money to create new medicines and vaccines, along with new formulations and uses for some current products, and combination medicines.

"Our name, Zoetis (zō-EH-tis), has its root in zo, familiar in words such as zoo and zoology and derived from zoetic, meaning 'pertaining to life,'" says the company on its website.

Among its innovations, as part of Pfizer, the company created an injectable medicine for common bacterial skin infections in dogs and cats, Alaix said in an interview. The one shot spared pet owners the chore of forcing pills down the throat of their dog or cat three times a day, often for weeks, as required with older drugs. It also developed the first Lyme disease vaccine for dogs and a new vaccine to combat Hendra virus, which infects horses and can be transferred to humans.

Like Pfizer and other makers of medicines for people, Zoetis plans to expand in emerging markets such as China to increase growth.

Pfizer sold 86.1 million shares for $26 apiece, $1 above the top end of the $22 to $25 range it had estimated for Zoetis. That had suggested healthy demand for the spinoff from investors.

Zoetis is currently based in Madison, N.J., at a campus shared with other Pfizer businesses, but Alaix said it will relocate at some point within New Jersey.