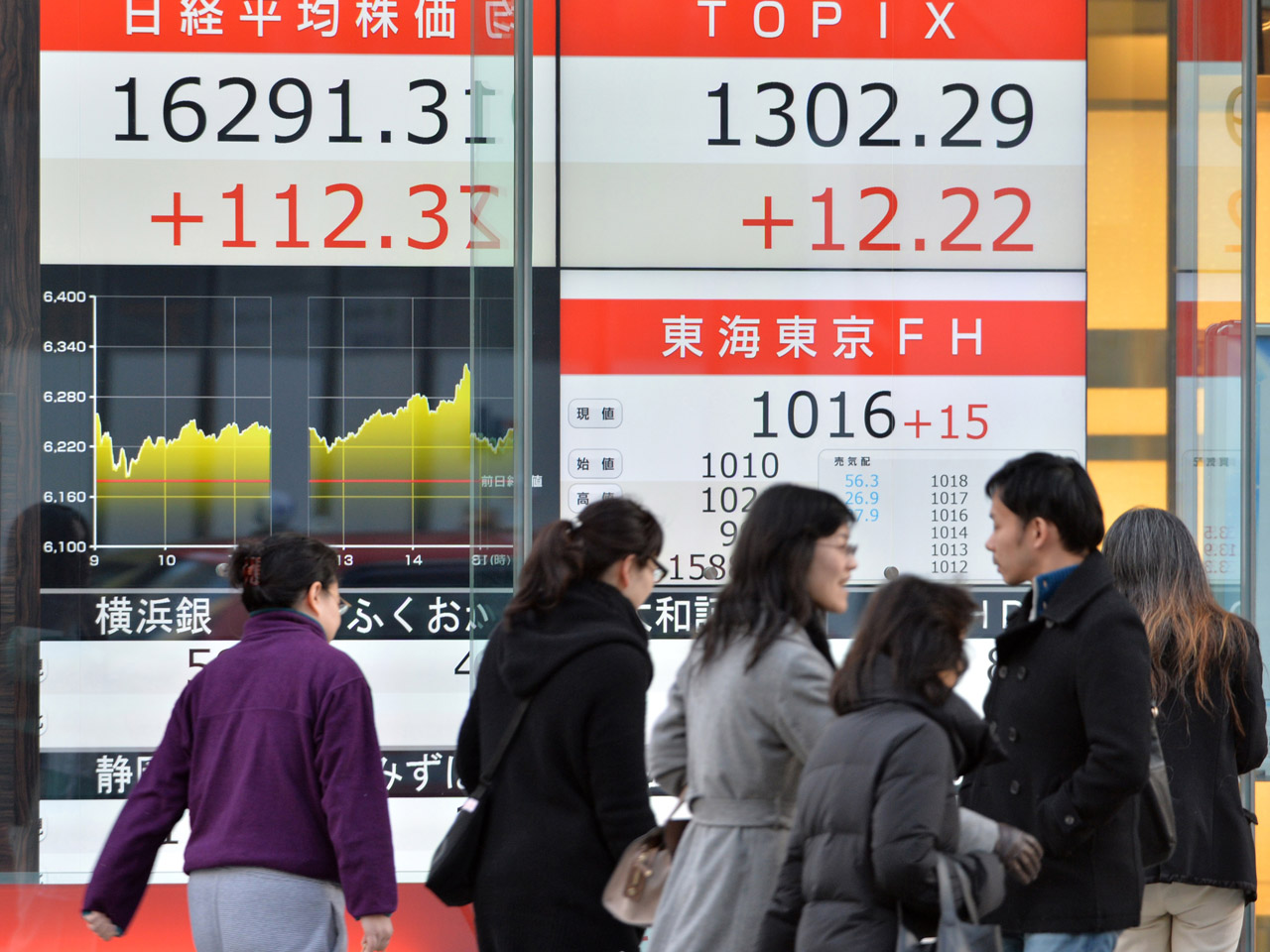 TOKYO - Shares advanced in Asia but were trading lower early Monday in Europe in thin pre-holiday trading, after Japan's Nikkei 225 index ended 2013 at its highest level in more than six years.

The Japanese benchmark gained 0.7 percent to 16,291.31 on Monday, its highest close since late 2007. Prime Minister Shinzo Abe took time out from his winter vacation to celebrate the year-end trading close.

"Thanks to our efforts, the economy went from minus to positive," Abe said. With winter bonuses up by several hundred dollars on average, he said, "You have to use that money, keep it moving."

This was a banner year for many markets, with the DAX up 26 percent, the CAC index up 18.4 percent and the FTSE 100 gaining 14 percent. But none matched the Nikkei 225, which soared 56.7 percent in 2013 on renewed confidence in the economy after years of feeble growth.

Feds target evictions by some of America's biggest landlords

For now, Abe can point to the share rally as evidence his "Abenomics" policies are yielding results.

"The Nikkei still looks to round off what has been an astonishing year ... its best year since 1972," Chris Weston of IG Markets said in a commentary, noting that the gain in that year was 92 percent and unlikely to ever be beaten.

"For those looking for volatility, the Nikkei will remain a major focus for traders in 2014," he said.

Japanese shares will get support in coming months from newly established individual savings accounts, called NISA, that are expected to draw a significant share of household savings into the market.

For the rest of Asia, 2013 has turned out to be much less exuberant.

Hong Kong's Hang Seng Index, burdened by rising concern over debt and slowing growth in mainland China, has gained just 2.4 percent this year. On Monday, it edged 0.2 percent lower to 23,209.25 as end-of-year window dressing was offset by thin trading volume.

Still, a correction in the Hong Kong and China markets earlier in the month has put shares at a stable level, said Kwong Man Bun, an analyst at KGI Securities in Hong Kong.

"The market is still quite cautious, but confidence is still there," he said. "There is a holiday mood, but turnover has not yet recovered."

Oil prices remained above $100, with benchmark U.S. oil for February delivery up 6 cents to $100.38 in electronic trading on the New York Mercantile Exchange.

Markets in Thailand and the Philippines were closed for holidays.