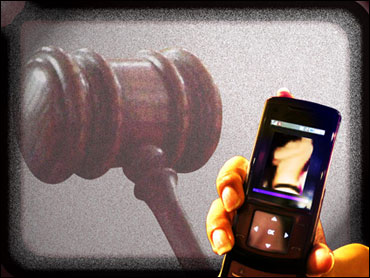 (CBS/AP)
WAUKESHA, Wis. (CBS/AP) Facebook is supposed to be a safe place for friends to share photos, news, and memories.

But last year, a male 18-year-old Wis. high school student, allegedly posed as a girl on the social newtork and tricked dozens of male classmates into sending him naked photos of themselves. He then blackmailed them into sex acts, according to prosecutors.

Now, the accused Berlin, Wis. student is due back in court Thursday in preparations for a criminal trial.

The incidents allegedly happened from spring 2007 through November, when officers questioned Stancl about a bomb threat he allegedly sent to teachers and wrote about on a school's bathroom wall. It resulted in the closing of New Berlin Eisenhower Middle and High School, which is in Waukesha County about 15 miles west of Milwaukee.

According to the criminal complaint, Stancl first contacted the students through the social networking site Facebook, pretending to be a girl named Kayla or Emily.

The boys reported that they were tricked into sending nude photos or videos of themselves, the complaint said.

Thirty-one victims were identified and interviewed and more than half said the girl with whom they thought they were communicating tried to get them to meet with a male friend to let him perform sex acts on them.

Video: CBS' The Early Show talks about the case.

They were told that if they didn't, she would send the nude photos or movies to their friends and post them on the Internet, according to the complaint. Stancl allegedly used the excuse to get the victims to perform repeated acts, the complaint said.

Seven boys were identified in the complaint by their initials as either having to allegedly perform sex acts on Stancl or Stancl on them. The complaint said Stancl took photos with his cell phone of the encounters.

Officers found about 300 nude images of juvenile males on his computer, according to the complaint. Prosecutors said the victims were as young as 15.

Stancl plead not guilty to the charges and hopes to reach a plea agreement with the district attorney.

Kuhary says Stancl wants to get his high school diploma and would have adult supervision at all times. But District Attorney Brad Schimel is against it. The judge is scheduled to give his decision Thursday.

The maximum penalty if convicted on all charges is nearly 300 years in prison.

READ MORE
featured the case this month in an extensive feature story.