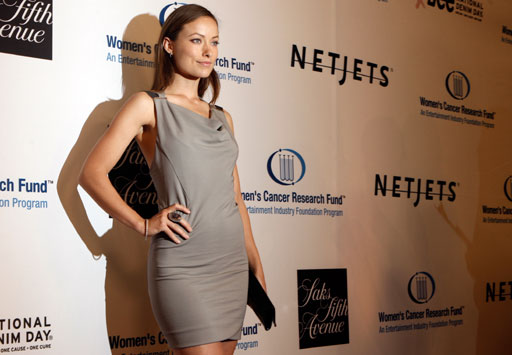 (CBS) The veggies have spoken, and "House" hottie Olive Wilde is their choice for "Sexiest Vegetarian Celebrity of 2010."

The contest is run by People for the Ethical Protection of Animals (PETA).

But not surprisingly, much of the focus is on Wilde, who has been a vocal advocate of veganism. Vegans typically do not eat any animal products, including milk, cheese, and sometimes honey.

"I'm a firm believer in the adage 'your dollar is your vote.' Often we forget the power of each of our purchases. We are the consumer, the demand, and the fuel for every industry we choose to support," Wilde says on her website. "Therefore, I try to mindful about where my dollar votes go, and this is a huge reason I have chosen to adopt a vegan diet."

Wilde also has some crafty words for meat eaters who go organic.

"Now, some of you might be saying "but not all animal products come from the evil meat and dairy industries! What about the small farmers who massage their cattle to sleep every night and milk their goats with warm hands while singing lullabies??? My response to that is that I WISH the food available to us in 99% of markets in this country came from sweet, small family farms. Sadly it is incredibly difficult to ensure that you are not perpetuating a cycle of cruelty that is only getting worse as demand rises and profits grow."

The actress, who stars in the new "Tron" sequel, also says feels "way happier when I eat a plant based diet, and I feel about a thousand times more energetic."

Wilde also supports Doctors Without Borders and is a co-executive director of Artists for Justice and Peace, which has been raising money for Haiti.