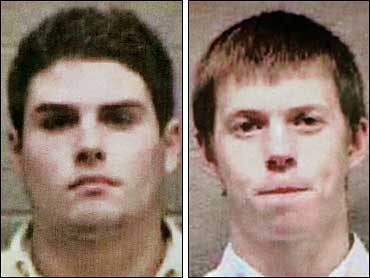 This was reunion weekend at Duke University. But while alumni gathered from around the country, the school remained under the shadow of the rape charges that have rocked the campus.

Two lacrosse players have been charged with raping an exotic dancer at an off-campus party last month. While new information about the case emerges nearly every day, there's a lot that we still don't know. In this week's cover story, Newsweek magazine gets at the question of who is telling the truth.

Susannah Meadows, a senior writer for the magazine, co-authored the article. She is a Duke alumna and returned to the campus to investigate the story. This morning, she visited The Early Show to talk about what she found out. "I have learned more than I knew ever in four years there, in four weeks," she told co-anchor Harry Smith. "More about the community, more about the school than I ever knew."

DNA evidence
Many rape cases are solved by the DNA evidence. But in this investigation, the tests have not provided the airtight answers investigators might have hoped for. Meadows says that could change in the future. "There may be DNA. In this first round of tests, they did find DNA under the woman's fingernails. But the tests, as to whose it was, were inconclusive," she said." There are new tests that are expected back," she adds, and these tests could lead to other conclusions.

The suspects
Last week, a grand jury indicted two lacrosse players, Reade Seligmann and Collin Finnerty, with rape, kidnapping and sexual assault. It's expected that a third player also will also be charged. Attorneys for the accused say their clients are not guilty. Seligmann has already suggested he has evidence proving he was not present during the time of the alleged attack on the dancer.

"What we found out was that in this period of time when the alleged rape would have been happening, he made eight cell phone calls, and so basically, we narrowed down the time when he could have been involved to a few minutes, unless he was using his phone during the process," Meadows said.

She also uncovered details about how the accuser identified the suspects. "What I learned was that when the accuser was going through the photographs of the players, she broke down when she got to one of them," Meadows told Smith. "But at the same time, this whole process is kind of fraught, because what we've learned is that she was only showed pictures of lacrosse players, which is unusual for a lineup."

The other dancer
The other woman who was hired to dance at the off-campus party on March 13, the night of the alleged attack, was Kim Roberts. Meadows spoke with her about what she remembers from the party. "She talked about how she remembered the alleged victim showing up sober," Meadows said. "And then Kim remembered that they had been given drinks. They had each been given a mixed drink. Kim did not drink hers. She said the alleged accuser spilled hers, actually after having had a little bit of it, and then she drank Kim's. And it was after that, shortly after that that Kim remembers the alleged accuser becoming out of it, stumbling, having a glassy look in her eye, unresponsive look in her eye."

Meadows said that information has raised the possibility that some sort of date rape drug was slipped into the dancers' drinks. "It's likely that she got all those tests when she went to the hospital that night," said Meadows of the accuser. "When I spoke to the prosecutor two weeks ago, he hinted at this — he hinted at the possibility that there might have been something put into her drink."

Digital photos
The defense attorneys say their case is bolstered by digital photos, which show the women at various points throughout the party. But Meadows says the pictures do not appear to be very persuasive. "I looked at them, and they're interesting," she said. "But there's a gap in the time when you see the women. So there's 12:03, then we don't see another woman until 12:30. I just don't think they're significant one way or another. I think they're interesting. But that time period is not accounted for."

The prosecutor
The case has turned a spotlight on the Durham County district attorney, Michael Nifong, and Meadows spoke to other attorneys in the area about Nifong's reputation. "They all have wonderful things to say about him. Even some of the defense attorneys have said this is a good lawyer who has never, ever courted publicity," she told Smith. "But at the same time, he's up for election. We can't ignore that fact."