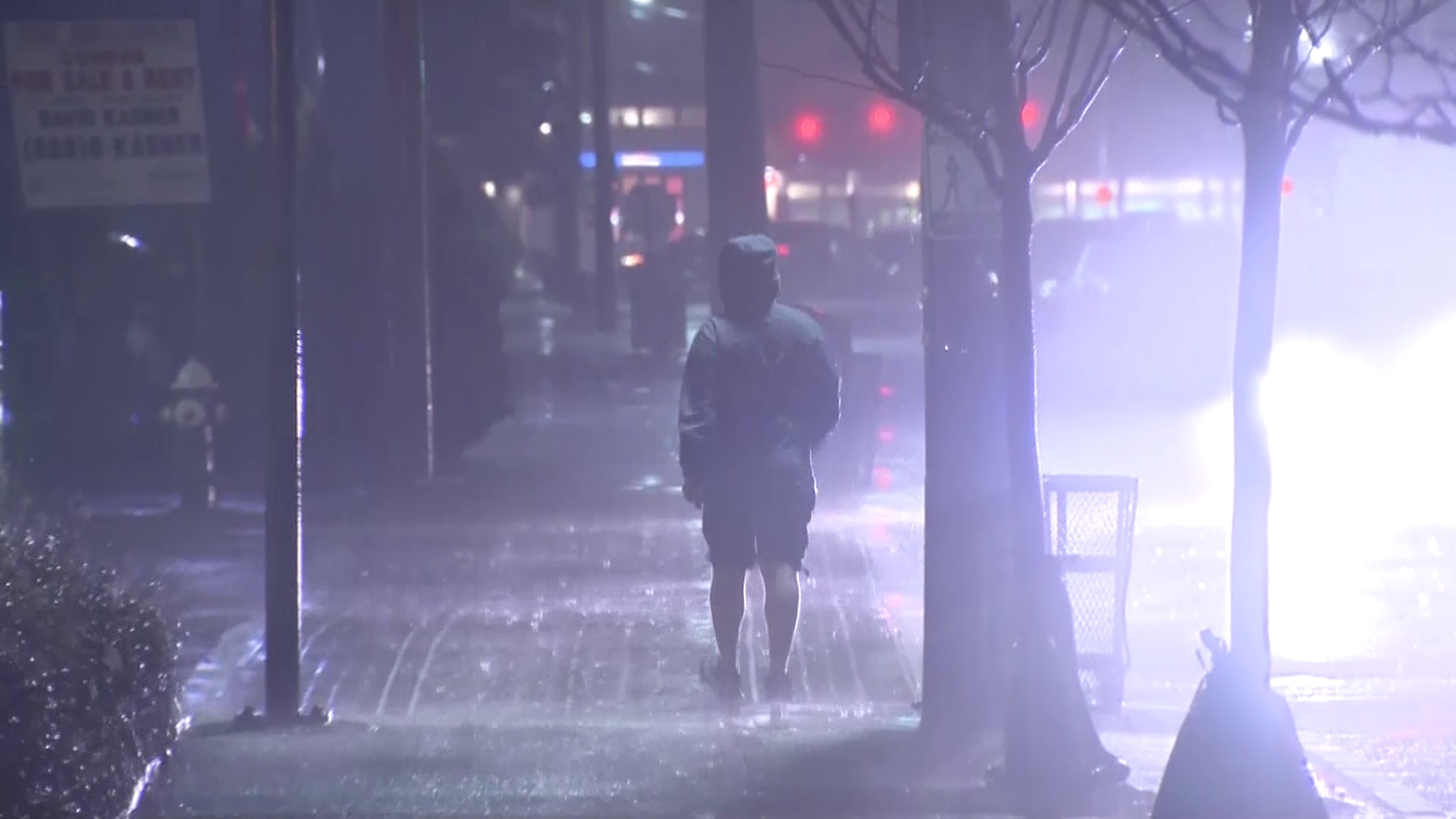 As of 9 p.m., the region was still dealing with torrential rains -- brought on by a cold front from the west and tropical moisture from the remnants of Tropical Storm Philippe.

The Associated Press reports that southern New England appeared to suffer the brunt of damage -- more than 40,000 Connecticut customers were without power late Sunday night.

CBS News has learned that there are more than 148,000 people without power in the Northeast as of late Sunday night.

The National Weather Service warned that heavy rain will cause flooding of small creeks and streams, urban areas, highways, streets and underpasses, along with other low-lying spots.

The mix of wind and rain hitting the area was a dangerous one, with trees being brought down and some of them also taking down overhead wires.

The rain was expected to taper after midnight, but wind gusts of up to 50 to 60 mph are expected until Monday morning. Thus, high wind warnings have been issued for the area through the night.

Flash flood and high wind warnings were issued across the region and meteorlogists say parts of Rhode Island and Massachusetts could see wind gusts of up to 70 mph, AP writes.

"At my direction, the Emergency Operations Center is activated and personnel are at the ready to help New Yorkers impacted by these adverse weather conditions. I urge everyone to take caution, avoid driving, and remain indoors if possible," Cuomo said in a news release.

The rain was coming down in sheets in Midtown Manhattan all evening Sunday. Cuomo's office warned that rain will top out at 2 to 4 inches around the state, with some areas seeing 6 inches.

A driver had to climb out of the window when his white sedan got stuck in the water at McClellan Street and Frelinghuysen Avenue in Newark -- and the door jammed.

"I couldn't even open it from inside," the driver said. "Like I just put the window down and I got out."

At least two vehicles got trapped in the same spot, but the drivers got out safely.

"Like, that is pretty deep. Ah, it might be like three or four feet," the driver said. "I didn't think it was that deep at all."

On Long Island, it was also a soggy and windy day – and the forecast said the worst of the wind was still ahead.