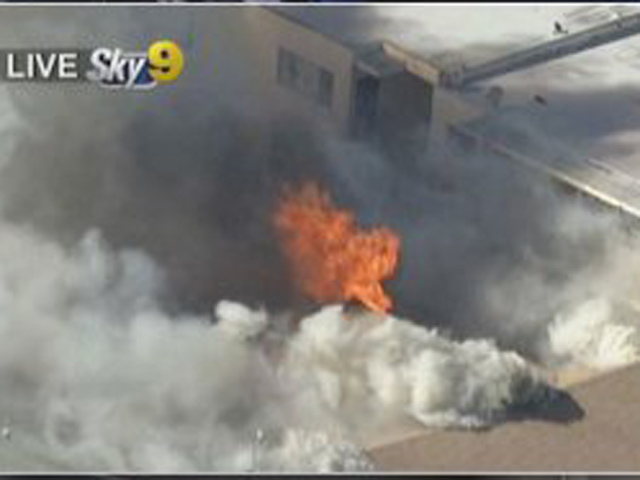 Sara Faden, police department spokeswoman, said officers were called about 12:40 p.m. to an initial report of three people shot, which was later changed to "multiple" victims.

Fire department spokesman Matt Spence said paramedics took three shooting victims to a hospital but he did not know their conditions, ages or other details.

The scene was set with officers, some with shotguns, crouching near the corner of an apartment building as firefighters trained hoses on the flames from a distance. Other firefighters stayed behind the protection of a fire engine.

More than 100 firefighters were on the scene but were not attempting to enter the home because the gunman might have been inside, Spence said.

Police evacuated nearby buildings and established a perimeter.

Police say they are still looking for the shooter and do not have information on the victims.

"We believe we have all the victims out," but it won't be known for sure until firefights knock down blaze, Spence said.