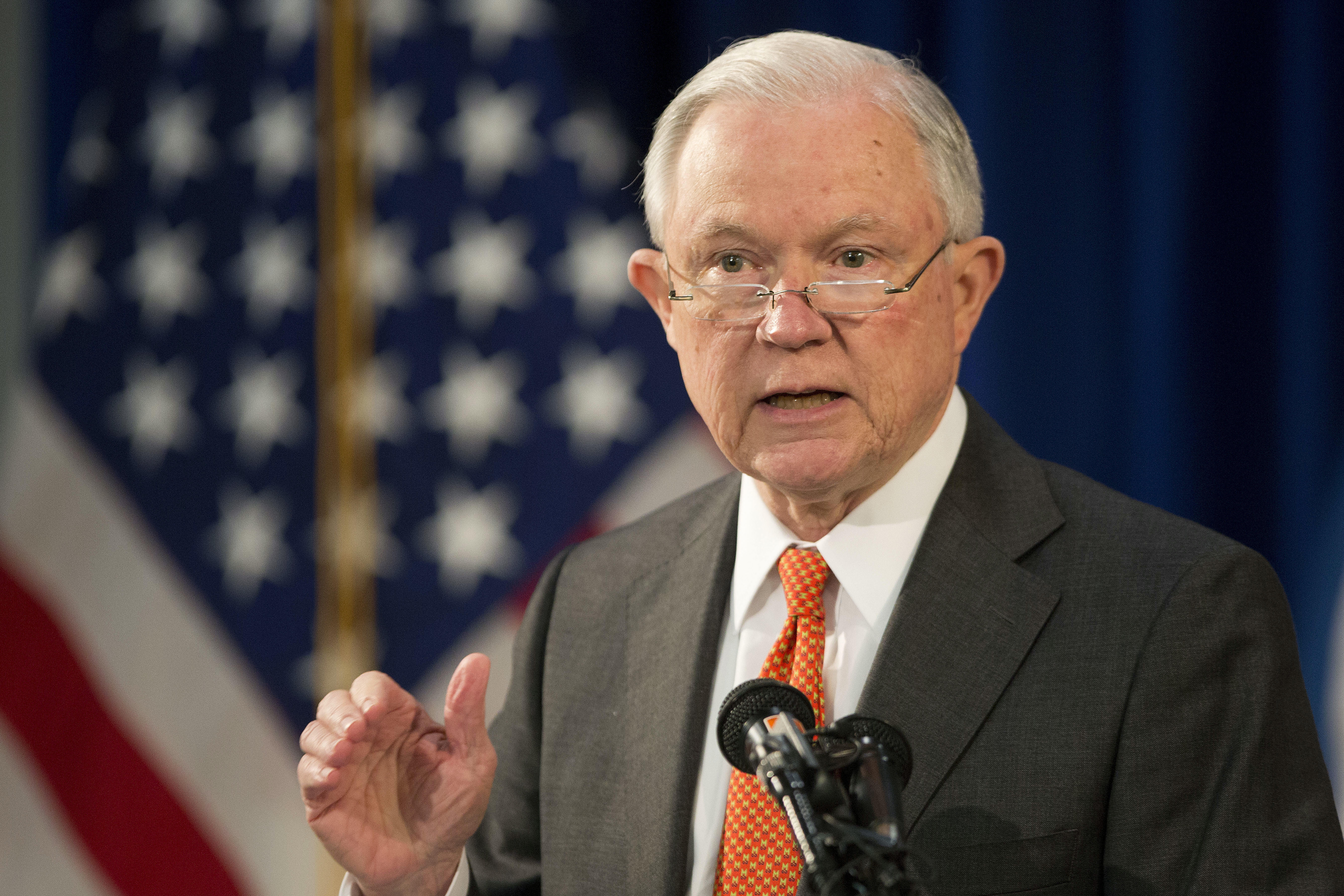 Attorney General Jeff Sessions said the Trump administration is open to prosecuting suspected terrorists at Guantanamo Bay in Cuba but stopped short of saying the administration would send new detainees to the controversial facility.

Speaking in New York two days after a truck attack killed eight people and seriously injured 12 others in a bike lane in lower Manhattan, Sessions hailed members of law enforcement and first responders who rushed to the scene. It was the deadliest attack in New York City since 9/11.

Sayfullo Saipov, a 29-year-old legal resident from Uzbekistan, is accused of driving the rental truck used in the attack, and investigators say there's evidence he was inspired by ISIS. Saipov was charged with terrorism-related offenses in federal court on Wednesday. In a highly unusual move that could complicate the government's case against Saipov, President Trump tweeted late Wednesday night that Saipov "SHOULD GET DEATH PENALTY!"

On Thursday, Sessions said the administration was open to charging suspects in Guantanamo Bay, but didn't address Saipov's case directly or indicate whether the government would seek the death penalty.

"Terrorists should know this: This administration will use all lawful tools at our disposal, including prosecution in Article III courts [the federal court system] or at Guantanamo Bay," Sessions said. "If anyone has any doubt about it, they can ask the more than 500 criminals whom the Department of Justice has convicted of terrorism-related offenses since 9/11. And they can ask the dozens of enemy combatants in Guantanamo Bay."

The U.S. has not sent any new detainees to Guantanamo Bay in years, and prosecutions of detainees in military court there have been mired in years-long legal battles. No one arrested in the U.S. has ever been sent to Guantanamo.

On Wednesday, Mr. Trump said he was open to sending Saipov to Guantanamo, and White House press secretary Sarah Huckabee Sanders said later that the administration considers him an "enemy combatant."

However, federal prosecutors in the Southern District of New York seemed to eliminate the Guantanamo option by charging Saipov several hours later. Mr. Trump tweeted Thursday morning that it seems "appropriate" to prosecute Saipov in the federal court system in New York.

Prosecutors say Saipov could be eligible for the death penalty if convicted of the deaths in federal court. He is also facing a count of material support for a terrorist organization, namely ISIS, which carries a maximum sentence of life in prison.

In his speech, Sessions also reiterated the administration's position that Congress should scrap the diversity visa program that allows foreign nationals in certain countries to enter a "lottery" to obtain a green card. Saipov came to the U.S. in 2010 through the program, which represents a small percentage of overall immigration to the country.

"[The president] would abolish the diversity visa lottery and replace it with a points-based system like is used in Canada and Australia," Sessions said. "This is the best way to ensure that the immigration system in America is benefitting America."

The diversity visa was established in 1990 to boost the number of immigrants from certain countries, including Saipov's home country of Uzbekistan. Mr. Trump called on Congress to abolish the program in remarks on Wednesday.